“The billionaire and the 219 tiny flats: a new low for rabbit-hutch Britain?” 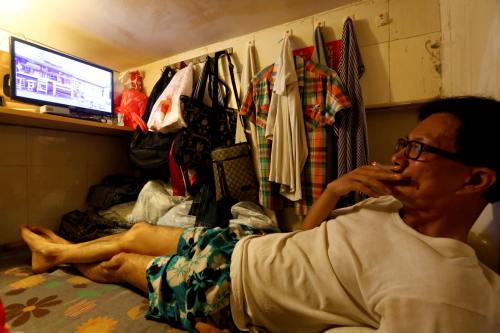 “Campaigners have piled in to criticise plans drawn up by a billionaire property tycoon to cram more than 200 tiny flats into an office building in north London. They describe it as a “human warehouse” that would be filled with people living in “cramped single-occupancy shoeboxes” like “rabbits in hutches”.

Amid claims that some of the planned flats would be as small as 15 sq metres – that’s less than 13ft by 13ft for residents’ entire living space – some locals say the proposal is one of the most shocking examples yet of the phenomenon known as office-to-residential conversion. A typical Premier Inn hotel room is 21 sq metres, while national space standards state that the minimum floor area for a new one-bedroom one-person home is 37 sq metres.

It was 10 years ago that, while London mayor, Boris Johnson pledged an end to “hobbit” homes in the capital, but examples of rabbit-hutch developments keep coming, and one leading architect told Guardian Money: “We’re heading towards the so-called ‘coffin homes’ in Hong Kong.” …”