East Devon Reporter eastdevonnews.co.uk
The authority’s cabinet has been told that people are relieving themselves outside locked loos and in bushes following a ‘significant’ increase in visitor numbers.And a depleted workforce is struggling to empty overflowing bins and pick up litter, it has been warned.East Devon District Council’s (EDDC) cabinet is being asked to reinstate the StreetScene team’s agency budget for the summer when it meets on Thursday (June 18).

The seasonal sum for street cleaning was set to be saved as the authority faces a £5.3million deficit due to the coronavirus crisis. 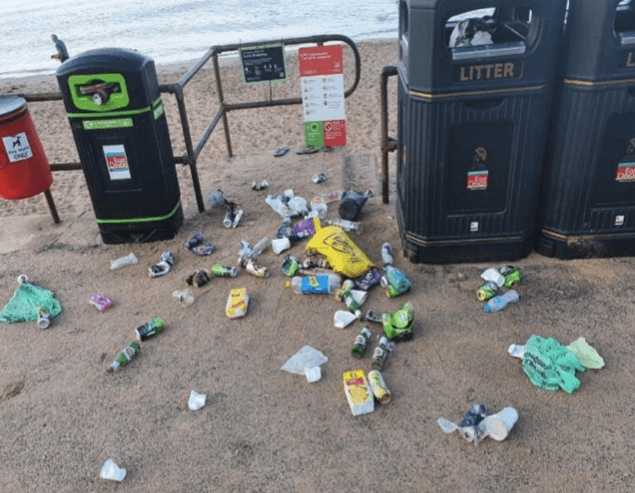 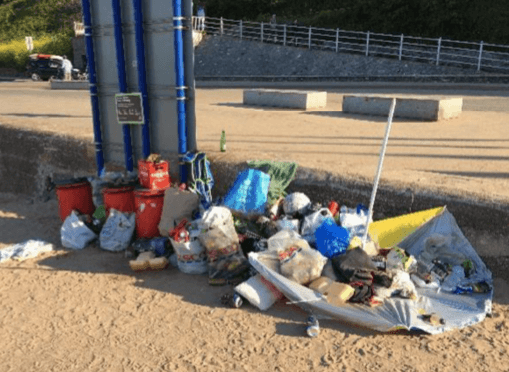 But in a report to cabinet members, service lead Andrew Hancock says: “It is now clear that we cannot maintain the required standards or keep bins emptied without using this budget.

“Using the agency resource will allow us to keep beaches, parks and streets clean in the face of increased demand, restoring staffing to our normal levels.”

Mr Hancock adds: “Not keeping up with levels of demand has been directly evident in recent weeks and we have witnessed a significant increase in visitors to our seafronts.

“The teams who are operating at 20 per cent less capacity due, to shielding and vulnerable workers being absent, are really struggling with the basics of emptying seafront bins, litter-picking the beaches and clearing up side waste – where people have kindly litter-picked.

“Without capacity and resource to clear side waste, we are experiencing the waste being attacked by seagulls, resulting in even more work for our depleted operatives.

“On a normal summer day during the school holidays, our operatives would empty the bins three times per day, with occasional evening bin runs when very busy.

“Visitor numbers over the past few weeks have meant that our operatives are emptying bins at least five times per day, and even this is not enough.” 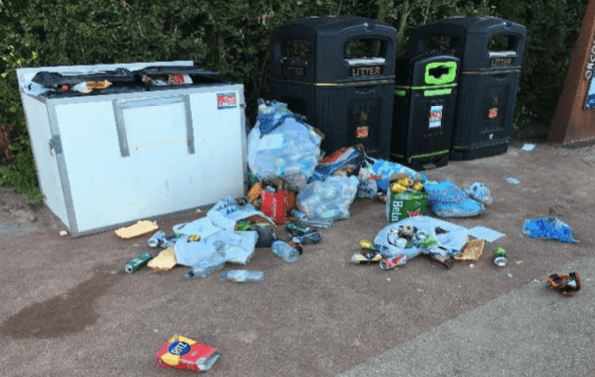 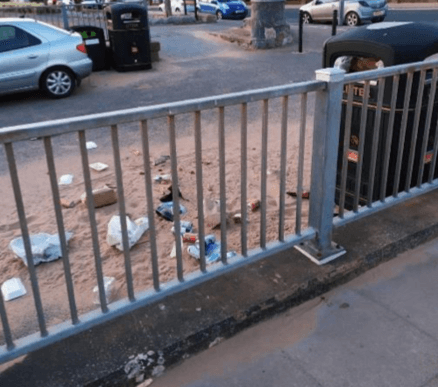 Ten East Devon public toilets – in Axminster, Budleigh Salterton, Beer, Exmouth, Honiton, Seaton, and Sidmouth – were reopened daily, from 8am to 4pm, in late May. The district’s 16 other loos reman shut.

Mr Hancock’s report adds: “The problem of public toilet availability is compounded by cafes and pubs not providing facilities.

“Even when hospitality reopens, it’s likely it will not be as simple as it was for people to access private sector toilet facilities.

“The risk of not opening the existing ten toilets longer, or opening more toilets, is one of public dissatisfaction as well as public health.

“People are relieving themselves outside of closed facilities and in bushes around our parks and beaches. If this persists or gets worse, it could create a public health issue.

“Both could have a detrimental impact on high streets re-opening safely and on our areas economic recovery.”

Increase the opening times for the existing ten public toilet sites from 8am to 8pm at a cost of £71,043.

Mr Hancock says that this is the ‘most affordable’ option and gives more access to loos than some neighbouring districts.

Reopen toilets at Cliff Path in Budleigh Salterton; the Magnolia Centre in Exmouth; Phear Park in Exmouth; and Market Place in Sidmouth.

Extend the opening hours of the existing ten toilet sites from 8am to 8pm and add the additional four conveniences mentioned in Option B at a cost of £124,325.

Mr Hancock says this is the ‘most sensible’ option, however, it would incur a ‘significant cost’.

An alternative whereby toilets are closed at 5pm in the winter would cost £76,962.

Open all of the public toilets that are currently closed from 8am to 4pm daily at a cost of £213,135.

Mr Hancock says in his report: “It is felt that Option D is financially unviable, given that the total public toilet budget is currently £732,320 excluding depreciation and the council’s in-year deficit is around £5.3million due to Covid-related impacts.”

Reopen all toilets but revert back to normal cleaning standards of one per day and top-up visits.

Mr Hancock says: “We have not gone into detail on this option as we believe it does not follow government guidance and does not take reasonable steps to protect the public and reduce the risk of viral transmission in our facilitates.”

EDDC [previous administration] had earmarked its StreetScene seasonal budgets – totalling £133,000 – as ‘not to be used’ this financial year to help plug a budget deficit caused by Covid-19. This includes £62,000 for ‘cleansing’ and £71,000 for ‘grounds’.

It has been recommended that cabinet members allow the £62,000 to now be used for StreetScene to ‘meet statutory responsibilities’ over street cleaning.

Members will also decide whether to pursue one of the options over the reopening of more toilets.

An ‘extensive communications effort’ is also proposed – where town and parish councils could be asked to contribute to the costs.

Councillors are also being asked to approve a long-term review of public toilets, ‘taking account of the new normal’.