Beachgoers climbing on rocks after massive landslide urged to stay away

Visitors have been urged to stay away from part of the Jurassic Coast after a huge cliff fall which sent tonnes of rock onto a beach.

The warning comes after people were seen getting close to, and even clambering on, the rocks which came crashing down onto the coast between Hive Beach and Freshwater Beach, Burton Bradstock.

Local residents say visitors to the coast are unaware of the dangers and do not realise that cliff falls can happen at any time.

Recent heavy rainfall has made cliffs along unstable and further rockfalls are likely.

The spot where the rocks fell on Saturday around 6.30am is close to where holidaymaker Charlotte Blackman, 22, was tragically killed by a rockfall in 2012 as she walked along the beach.

Rescuers raced to Burton Bradstock on Saturday due to fears people may be trapped under the rocks. Firefighters were called to help police as there were concerns people may have been underneath the rubble.

Nothing was found however people were advised to contact the police if they believe someone they know may have been on the beach at that time.

West Bay Coastguard Rescue Team were also at the scene. They liaised with the other emergency services, and took photos and grid references of both sides of the cliff fall which were sent to Solent Coastguard. 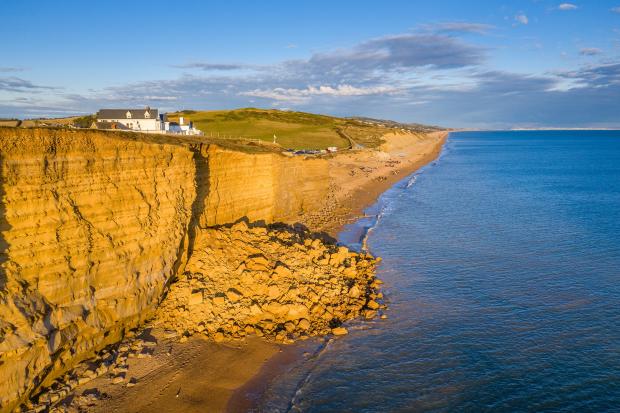 Cynthia Justham, from Burton Bradstock, said she saw people climbing on the rocks a few hours after they came crashing down and said it just wasn’t worth the risk.

Mrs Justham said it was one of the biggest rockfalls she had seen since living in the area, with rocks reaching about a third of the way up the cliff.

She said: “We often see people sitting right under these cliffs.

“The National Trust (which manages the site) do their best to warn people, but quite often get ignored or abused. People seem to think they will get a warning when rockfalls are about to happen.”

She added: “It makes me feel physically sick when I see young children and families sitting directly under the cliffs. We won’t even walk along to Freshwater at low tide as the falls often reach into the sea.”

Dorset Council said it was a ‘substantial’ rockfall and said recent heavy rain has made cliffs along Dorset’s coastline unstable.

The authority said: “Rock falls can happen at any time. Stay away from cliff edges and the tops of cliffs. Dial 999 and ask for the Coastguard in any coastal emergency.”

A spokesman for Bridport Fire Station said: “One appliance from Bridport was mobilised to Hive Beach, Burton Bradstock after reports of a cliff fall. The police were in attendance and required our specialist equipment to ascertain whether any casualties might be underneath.

“Crews carried out a visual inspection and used a thermal imaging camera to check for any possible casualties around the edge. Nothing was found.

“The coastguard also attended and the incident was handed back to the police.”

The spokesman added: “If you have concerns and believe someone you know may have been on the beach at that time please call 101 and report it to the police.

“Please keep away from the cliffs and do not climb over the rock fall.

“We have had a lot of rain and strong stormy seas battering the cliffs making them very unstable.

“Cliff falls can happen at anytime without warning.

“Enjoy the the bank holiday weekend and stay safe.” 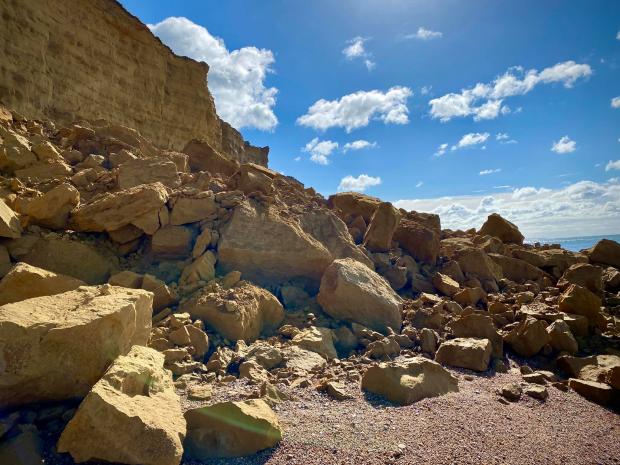