Our new report investigates the huge environmental and economic benefits of hedgerows and shows that boosting them by 40% would create 25,000 jobs over the next 30 years and yield almost £4 for every £1 invested.

The new research, undertaken independently by the Organic Research Centre, is laid out in a report published today: ‘Hedge fund: investing in hedgerows for climate, nature and the economy‘.

We’re launching the report in parliament to urge the government to set a target to increase the hedgerow network by 40% by 2050, as recommended by the climate change committee – a win-win-win for climate, nature and the economy.

Hedgerows for nature, the climate and people

CPRE has long argued that hedgerows could be champions of climate action and nature recovery. But our new analysis has laid out how expanding hedgerow cover can contribute tens of thousands of jobs to hard-hit local communities.

Investing in 40% more hedgerows would support around 25,000 full-time equivalent jobs in hedgerow planting and management over the next 30 years across both rural and urban areas. 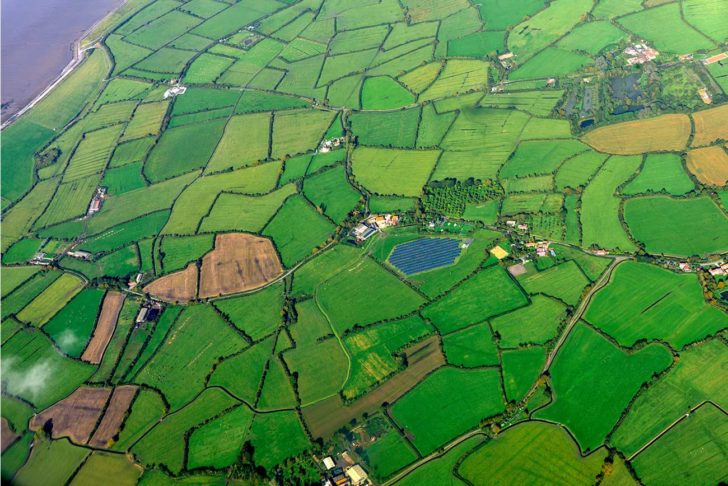 Hedgerows like this one, in North Somerset, make up the stitching in the tapestry of the countryside | Charles Stirling / Alamy

For every £1 invested in hedgerows, as much as £3.92 is generated in the wider economy due to key environmental and economic benefits provided by hedgerows. We want to see these benefits recognised by the government and clear targets and plans, of the sort already announced for tree-planting, set. Local authorities can support community groups to plant more hedgerows while farmers can help by letting hedgerows grow taller and bushier.

Now’s the time: the UK hosts COP26, the international climate summit, in Glasgow in less than two months. CPRE is calling on the government for a firm commitment: set a target to increase the hedgerow network by 40% by 2050.

‘Half of our precious hedgerows have been ripped from the landscape since the second world war and we’ve seen a huge decline in nature and soaring carbon emissions. There’s a lot of work to do.

‘We’re calling on ministers to set a target to increase the hedgerow network by 40% by 2050 with improved protection for existing hedgerows. This would be seen as a bold step by the UK government in the lead up to hosting the international climate summit to support nature’s recovery, help grow us out of the economic downturn and tackle the climate emergency head-on.’

Many of the government’s nature-based solutions to the climate emergency to date have focused on trees, but hedgerows are also crucial in soaking up carbon, protecting against flooding and aiding nature’s recovery.

‘Hedgerows are also crucial in soaking up carbon, protecting against flooding and aiding nature’s recovery.’

They capture carbon and store it in their woody plants above ground and their roots in the soil below. This huge carbon lock-up potential can be increased by allowing our hedgerows to become wider and taller.

These innocuous, familiar features of our landscapes also teem with life. They’re essential for biodiversity, with one in nine of the UK’s most vulnerable species significantly associated with hedgerows

Emma Marrington, our expert in landscape enhancement, shared some of these species:

‘These include the charismatic hazel dormouse, the much-loved hedgehog (whose decline has been closely associated with hedgerow loss) and the brown hairstreak butterfly, which lays its eggs on blackthorn and is particularly common in hedgerows.’

Increasing the hedgerow network by 40% could see earthworms increase by 17% – improving soil quality – and pipistrelle bats, the UK’s smallest, increase by 17% as they’re more able to navigate using hedgerow lines.

In its expanse, the hedgerow network is our largest, most connected ‘nature reserve’.

And let’s not forget; hedgerows are also important to people. They give the landscape beauty and character and provide tangible signs of seasons changing, as any of us who have picked blackberries can attest.

They also help keep us healthy by capturing the tiny particles that create air pollution. In fact, increasing urban hedgerows by 40% could see reductions in air pollution and associated health costs of £5 million a year – another economic boost.

As Lord Deben, chair of the Climate Change Committee, said:

‘Reintroduction and proper maintenance of hedgerows transform all-too sterile prairie land into the countryside, which we have long loved. But, as this report shows, this is not about romance – the hard facts are that hedges contribute to profit as well as to wellbeing.’

‘The hard facts are that hedges contribute to profit as well as to wellbeing.’

Support hedgerows with us

Want to add your voice to ours as we call for more 40% more hedgerow cover by 2050? Sign up now to receive our monthly campaign emails so you can hear how you can do your bit and be kept updated on our campaign wins. Members will also get hedgerow news in our dedicated and award-winning member magazine, Countryside Voices: join us now.