Another (lack of) productivity headache for our Local Enterprise Partnership 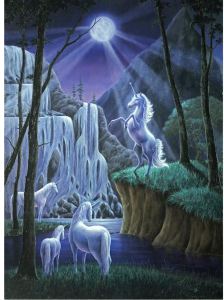 How fortunate that ex-EDDC Leader Paul Diviani and current DCC Leader John Hart have managed to pass on responsibility for DOUBLING growth in Devon and Somerset by 2030 (not forecast for any other part of the UK economy) to our Local Enterprise Partnership – of which their councils are now very minor members!!! The parcel passed.

The tragedy being that this spurious forecast is now indelibly integrated into “unicorn under magic money tree” thinking at all levels.

“Productivity went into reverse in the first quarter of the year, raising questions over why Britain is no longer churning out the efficiency gains of the past.
Output per hour worked fell by 0.4 per cent in the three months to March compared with the previous quarter, the Office for National Statistics said.
Compared with the first quarter of last year, productivity was 0.9 per cent higher, but this was still very sluggish against the trend rate of growth of almost 2 per cent a year that was routinely chalked up before the financial crisis.
The ONS said that the productivity puzzle remained unsolved and raised possible concerns about inflationary pressures building. Earnings and other labour costs grew by 3.1 per cent over the year, up from 2.9 per cent in the previous quarter.
With wages growing faster than productivity, firms face potential profit constraints in the short run and longer-term pressure to raise prices.
Over the past ten years, productivity growth has been the weakest since modern records began and appears to be the slowest since the early 1820s, when Britain was emerging from the Napoleonic wars.
After previous downturns, productivity has initially stalled but subsequently recovered to trend rates of growth. Productivity is the key factor for a lasting rise in living standards.
Economists have proffered a number of possible explanations for the productivity freeze, including the relatively low level of business capital investment and the reluctance of banks to lend since the crisis.
Others believe the productivity number is understated because of the difficulty of measuring intangible output benefits from the digital economy.
In the ten years since the last productivity peak in the fourth quarter of 2007, output per hour worked is only 1.5 per cent higher. It would have been 20 per cent higher by now if pre-crisis trends had continued.
The Chartered Institute of Personnel and Development said the latest figures were “disappointing but not surprising” given the strong job creation numbers in the quarter and weak economic growth.
Other analysts said that wintry weather in the first quarter would have hit productivity levels in some industries.
The ONS next week reveals the first of its estimates for monthly GDP as well as a rolling three-month figure. Previously it had stuck to quarterly numbers. Britain will be the first advanced economy to try to estimate total national output every month.
One drawback, however, is that it will delay publication of the traditional calendar quarterly number. The Bank of England will not have the benefit of the full second-quarter GDP number when it decides whether to raise base rate early next month.”

Reposting a comment by “The Bard” with apologies to Shakespeare!

“Meantime we shall express our darker purpose.
Give me the map there. Know that we have divided
Our kingdom divers ways: and ’tis our fast intent
To shake all cares and business from our age;
Conferring them on LEPs, they so enriched,
While we, unburthen’d crawl toward electoral death.

………………….Tell me, my Councillors,–
Since now we will divest us both of rule,
Interest of territory, cares of state,–
Which of you shall we say doth owe us most?
That we our largest bounty may extend
Where nature doth with merit challenge. Greg Clark,
Our business secretary, speak first.

Owl says: You want to see a conflict of interest in action? Here’s one. Should a council agree to business rate reductions to save their high streets and see their own revenue fall – or should they let the shops die to preserve their income? (Empty shops usually get 3 months free of business rates then have to recommence them even if the shop remains empty).

“Councils are failing to use their powers to cut business rates and help struggling local shops survive.

Local authorities can reduce rates if it is felt necessary to rejuvenate town centres, using rules under the 2011 Localism Act.

But analysis by the Altus Group consultancy reveals that this almost never happens. There were only £21million of reductions in this financial year – or 0.08 per cent of the predicted total £24.8billlion rates bill in England.

Although business rates are set by an independent government body, half the tax raised goes to councils.

Critics warned that their short-term focus on raking in money could end up destroying town centres weighed down by huge tax burdens.

The 50 per cent of rates that councils keep is meant to come with a more responsible attitude to businesses, with authorities cutting taxes where necessary to help firms.

But instead of going down, rates are constantly ratcheted up. Department stores have been hit with an average increase of nearly £151,000, or 27 per cent, in the past two years, while small shops have seen average rates climb 9 per cent to £9,623.

Sam Dumitriu, of the Adam Smith Institute, a think-tank, said: ‘Councils would rather prioritise their chief executives’ salaries over lessening the burden on businesses. There needs to be quite radical reform of rates to support businesses.’

Mike Cherry, chairman of the Federation of Small Businesses, said: ‘Local authorities must get to grips with the dire situation currently sweeping the high street and start backing hard-working retailers being hit hard by crippling rates bills.’

Robert Hayton, head of business rates at Altus, said: ‘Despite the ongoing crisis engulfing our high streets, this year councils in England are planning just £21million in additional help.

‘Given the stream of collapses across the retail and hospitality sectors since the turn of the year – and with many others teetering on the brink – councils could take decisive action now.’

The Daily Mail’s Save Our High Streets campaign is calling for business rates to be reformed, car parking charges to be slashed and huge foreign technology companies such as Amazon to be fairly taxed.

Around 50,000 retail staff have lost their jobs this year and almost 61,000 stores closed between 2012 and 2017 as internet retailers ruthlessly out-compete traditional bricks and mortar companies.

The Local Government Association, which represents councils, said: ‘Councils do what they can to help small businesses and local economies.

‘This is increasingly difficult, with local government in England facing an overall funding gap that will reach almost £8billion by 2025 and growing demand for services.’ “