How well did our Election Officer do in 2015? So badly East Devon ended up in a highly critical Electoral Commission report

Remember, EDDC Electoral Officer (Mark Williams, CEO) has been doing this job for years, gets paid extra for it, his budget spending on it is secret it and he cannot be scrutinised by a Freedom of Information request. AND he “lost” 6,000 voters in the previous election, which caused him to be hauled before a Parliamentary Scrutiny Committee!

Report: Electoral Commission
Assessment of the performance of Returning Officers at the May 2015 polls

In East Devon a number of issues arose during the election; we have assessed that the RO did not meet elements of the performance standards with regards to the following issues:

• incorrect instructions on postal voting statements in a number of wards, which wrongly advised electors to vote for one candidate only in wards where there were two or three candidates to be elected

We concluded that the RO did not meet elements of performance standard 1 and 2 because of the impact that the postal voting statement error may have had on voters, through potential confusion and consequently on their confidence that their vote would be counted as intended.

In addition, and resulting from this error, the initial process followed on the first day of the opening of postal voters’ ballot papers (when 172 covering envelopes were received) was in contradiction to both our guidance and the legislation.

This practice was stopped the following day when we brought the infringement of the legislation to the attention of the RO. This also may have impacted on the confidence of those standing for election in the administration of the election.”

Was Owl right about why Virgin bought Flybe? Yes!

and, in today’s Sunday Times its Chief Executive says:

“… Flybe will be profitable [for Virgin] … It has established slots at Heathrow and hundreds in Manchester. What will the rebranded carrier be called? “Virgin Something”. We have not made up our mind”. …”

Round One to Owl!

“… In total, there are 35 tax, benefit and pension changes coming into effect on 6 April, plus the increase in the minimum wage from 1 April. The winners are those in higher income bands – up to £100,000 – who will gain significantly from the rise in tax thresholds, although some of that will be pegged back by NI rises.

The losers are those on very low incomes, who gain little from the increase in the personal allowance, and whose benefits will be frozen again. An ongoing work and pensions select committee inquiry suggested affected households will be between £888 and £1,845 worse off in real terms in the coming tax year as a result of the various caps and freezes since 2010-11. …”

The Signs of Things to Come! 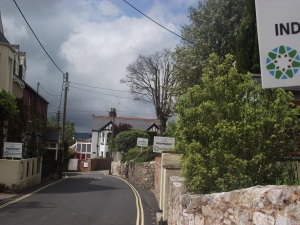 “The Independent Group looks to European elections for breakthrough”

“At least 200 people have applied to stand as candidates for the new Independent Group if the UK takes part in European elections next month – amid growing signs that the contest could turn into a “proxy referendum” on whether to leave or remain in the EU.

The Observer has been told that one pro-EU former Tory cabinet minister and several former MPs and MEPs from the main parties have also put their names forward in the hope of being selected by TIG. If the UK has to extend its membership by several more months, the EU has made clear it will have to take part in elections to the Brussels and Strasbourg parliament on 23 May.

The Independent Group’s team of eight former Labour and three former Tory MPs – all strongly pro-Remain and in favour of a second referendum – have applied to the Electoral Commission to register as a party and take part in the elections under the name Change UK – The Independent Group.

They believe the May elections across the EU could serve as an ideal and timely electoral launchpad for their fledgling party, and plan to use the slogan #rulemakersnotruletakers.

They want to stand candidates for all 73 seats across the 12 UK regions and believe the contest, conducted under a regional-list system in which seats are allocated to parties in proportion to their share of the vote, could give them their first electoral successes, particularly in the Remain-dominated London and South East regions. …”