How “Future Proof” is Blackdown House?-Owl 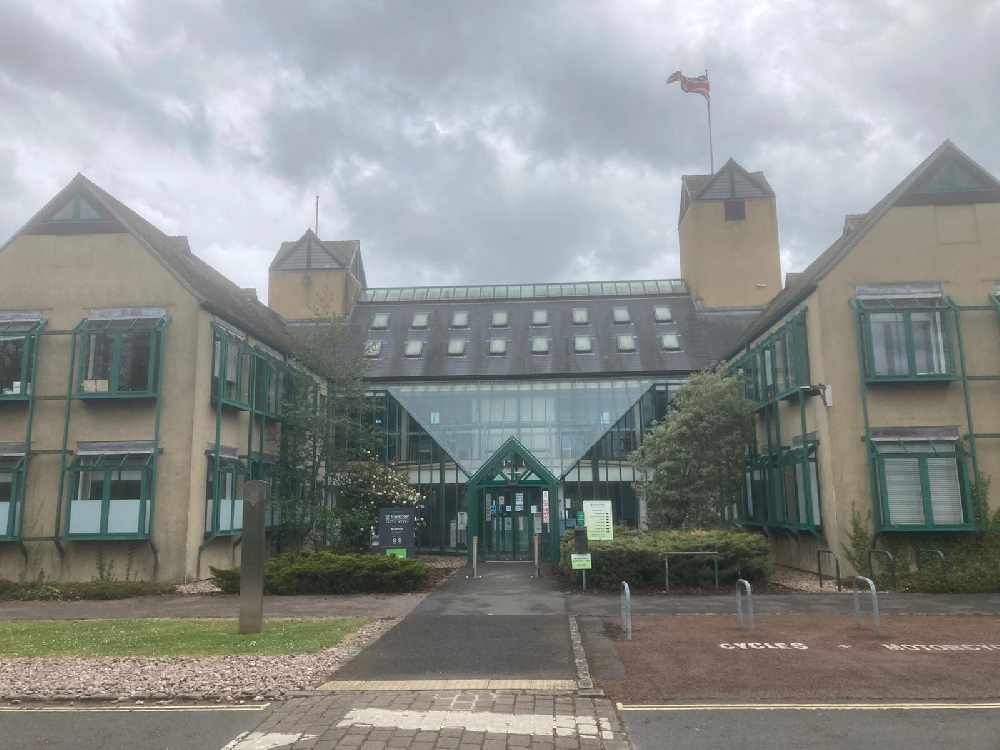 It will be more energy-efficient

Multi-million pound plans to decarbonise Teignbridge District Council’s headquarters and revamp the building towards more agile working have been backed.

Councillors have voted in favour of a £3m project at the Forde House HQ in Newton Abbot that will help deliver a net-zero local authority.

They’ll spend £672,000 of grant funding, and borrow £2.3 million on ‘Public Sector Decarbonisation Scheme’ and ‘Agile Working’ projects, although questions were raised about whether the proposals were the best use of the finances given the state of the building.

The building has had few upgrades since its construction in the mid-1980s and is largely heated by an inefficient gas boiler, which is due for replacement in the next 12 months at a cost of at least £229,900. The grant-funded projects could  cut deliver carbon emissions by 92 per cent.

Proposals include freeing up the ground floor currently occupied by Revenue & Benefits and Housing to enable the potential to rent the space to tenant, as well as optimising the use of the first and second floors by moving desks, developing what they’re calling ‘touch down’ spaces, and creating meeting rooms and staff break-out spaces.

Cllr Jackie Hook, executive member for climate change, said: “When we unanimously declared our aim to be carbon neutral by 2025, we committed to lead the fight to reduce our own carbon emissions within the district. This funding gives us a fantastic opportunity to reduce the carbon emissions by Forde House of over 90 per cent.

“It would be remiss not to look at agile working and home working post covid and it makes absolute sense to consider adaptations to the building to not only ensure lower emissions and energy use but also to ensure more flexible working space and take advantage of the relief of some office space to rent out and produce an income.”

Cllr Richard Daws said that while he was supportive of anything that the council does to reduce the carbon impact and it was a small step in the right direction, he wanted them to think bigger.

He added: “I want the council to commit to looking at the need for in person meetings and unnecessarily travel to meetings. There is a great utility in using technology that could have a massive impact on our carbon footprint as a council, and we can show a lead.  I support this but we need to go further in the future”, before suggesting whether Forde House was still the most appropriate venue.

Cllr Liam Mullone added: “We are looking at recovering the cost of doing this in about 320 years, so why will it take so long to recoup the savings and why is the price tag so large? Given we are in the swing of doing things remotely, has it been considered to knock the whole thing down and start again?

“It is not an attractive building,  not an efficient building, doesn’t have any sympathy to the listed building next to it, so why not start again for this kind of project so have something that is zero carbon and fit for the council and rental possibilities.”

Cllr Alan Connett, leader of the council, said:  “The choice is do we replace the gas boiler and carry on, or take the opportunity to hit some of the climate change targets and agile working possibilities and may attract more people to work for Teignbridge?”

The meeting heard that officers hadn’t considered the option of knocking down the building and to start again, but that due to the remedial and demolition costs, it was unlikely to be a viable proposition.

Will Elliott, the council’s climate change officer, added: “The reason for why the payback is so long is because a number of investments are needed to make it ready for low carbon technology and isn’t geared up for the heating system we want to put in.”

However, Cllr Robert Phipps was left concerned about the scheme viability depending on being able to rent out the office space, while Cllr Linda Petherick added: “We have declared a climate emergency so we have to practice what we preach, but we are saying we have a deficit and then borrowing money to get this work done, so we need to communicate why we are doing it.”

No details yet as to who any tenants for the ground floor space would be, or how exactly the building would be reconfigured to ensure public access to the revenue and benefits team would be maintained.

Councillors voted by 29 votes for three, with four abstentions, in favour of the plans.

One thought on “£3million upgrade to Teignbridge Council HQ”