Not the first occasion that Cllr Tom Wright’s “excitement” has got out of hand in virtual meetings. Last time he crashed the meeting. – Owl 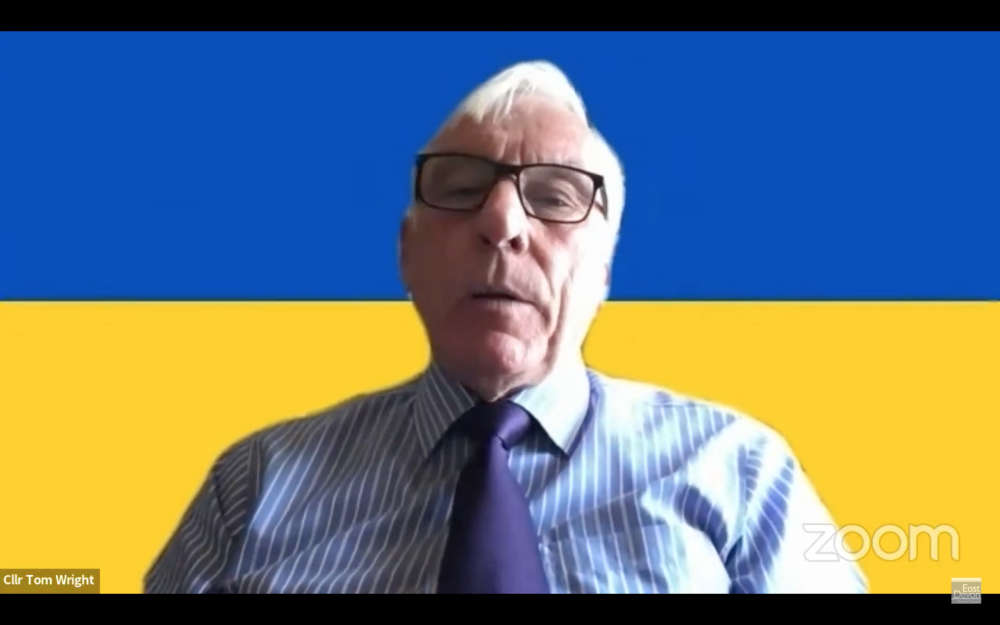 A councillor has apologised after saying he would “personally go out and kneecap” anyone he thought was guilty of the crimes of convicted sex offender and former councillor John Humphreys.

Councillor Tom Wright (Conservatives, Budleigh and Raleigh) was speaking during a debate at East Devon District Council (EDDC) about what actions the council need to take following Mr Humphreys’ conviction.

He was arrested on suspicion of the offences in 2016, but continued to serve as a councillor until May 2019 and in December that year, EDDC awarded him  the honorary title of alderman.

Cllr Wright, a former policeman, made his threat while discussing a suggestion that someone at the council might have known that Mr Humphrys had been under investigation during this time.

He said he had no awareness of Mr Humphreys’ arrest: “and as far as I’m aware no other councillor did.”

He continued: “You know my background, chair. I would personally go out and kneecap anyone I thought was committing the crimes that Councillor Humphreys has quite properly been convicted of. They were atrocious crimes.”

Cllr Wright expressed his admiration for the victim who came forward to make a statement in December.

Cllr Wright later apologised for the “kneecap” comment, saying: “What I was trying to convey is that had I been in charge of investigating things such as this – as I have been in the past – I would conduct the investigation not with great passion but with great thoroughness and determination.”

He said that kneecapping was “jargon” used “to make someone very clearly aware that you’re not pleased with them.

It’s not the first time that the member for Budleigh and Raleigh has had to eat his words. In May 2020 he was unwittingly caught swearing during a virtual meeting.

In this week’s meeting discussing John Humphreys, councillors agreed to commission an in-depth report into the circumstances surrounding the former councillor from 2016, including his honorary award of alderman in December 2019.

Following his conviction in August last year, the council retracted the honour.

One thought on “Cllr Tom Wright apologises for ‘kneecapping’ comment”