You would be forgiven for thinking the Conservative Party had forgotten how to campaign.

Throughout large and rural Tiverton and Honiton constituency, there’s barely a Conservative poster to be seen, no sign of the party faithful knocking on doors, and the candidate Helen Hurford is in hiding.

Having seen the former headteacher turned beauty salon owner at two hustings – over the past week – she could not get away with claiming prior diary commitments to avoid those even though she tried – I know there is little point in waiting around to try and speak with her after taking part in the BBC Radio Devon’s candidates’ debate on Tuesday morning.

She tends not to hang around to chat to voters, and a comment to the media is out of the question.

My hunch was that the same would happen again, so instead of watching her leg it to her car after the debate – which is exactly what she did according to those on the ground – I decide to camp outside her campaign headquarters, tucked away from public view between Tiverton and Cullompton, where I listen to the debate and await her inevitable arrival soon after it ended.

The radio debate, in which she announces her plan to deliver “adequate” public services to the people of mid-Devon, ended at 10am. At 10.15am she arrives at HQ with her sidekick, local Tory chairman Gillian Evans.

As she enters the reception area, I follow her in. Immediately after identifying myself Ms Evans whisks her charge away to the back of the office.

Two burly volunteers then block my path to her and tell me to leave, suggesting I get in touch with the press office to request an interview, something I have done on countless occasions over the past week.

I ask to put just a couple of questions to Ms Hurford.

“This is private property, please leave,” says one of the Tory enforcers.

So, off I go to try my luck at Ms Hurford’s other campaign office on an industrial estate at the other end of the constituency in Honiton. No luck here either.

After asking the lone Tory activist how the campaign is going, he puts himself between me and the entrance.

“This is private property, and you need to leave”, he says, assisting me out of the door a nudge.

This is a common occurrence in this Conservative campaign. Ms Hurford has only been seen at structured events. She has not been let loose among anyone other than Conservative acolytes. 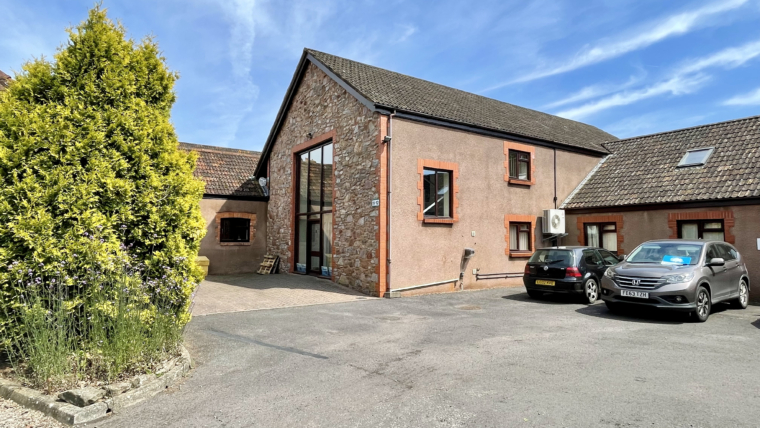 Over the past three weeks I have spoken to hundreds of local residents in dozens of towns and villages across this traditionally true-blue seat. Not one of them has seen the Conservative candidate on their street, let alone knock on their door.

Many have seen the other candidates, especially Ms Hurford’s main rival, the Liberal Democrats’ Richard Foord.

Why is Ms Hurford avoiding the locals and hiding from a media attempting to put questions to her on behalf of voters?

I can think of two possible reasons. First, the Tories don’t think she’s up to facing probing questions.

Second, the campaign thinks it already has this by-election in the bag, which is not crazy talk considering the Tories are defending a huge majority of 24,239.

However, an internal Tory campaign email pleading for more volunteers to “get our voters to the polls” would suggest Ms Hurford is not entirely convinced she will retain this seat for her party.

Indeed, Mr Foord cannot get enough of talking to voters, or pushing his message to the media.

After being thrown out of the Tory campaign offices I took to the country lanes of the glorious Blackdown Hills to meet him at Ella and Ed’s Burnt House Farm.

On the way I begin to count how many signs the Lib Dems have. I stop at well over 200, largely because the narrow lanes require my full attention.

There were no burly fellas getting in the way of this candidate, but the cattle being herded along the roads almost made me miss my appointment.

I’m 10 minutes late, but Mr Foord doesn’t mind. He introduces me to Stuart Roberts, who stepped down as deputy president of the National Farmers Union in February so he could add his support the Lib Dem campaign in Tiverton and Honiton.

The agriculture vote traditionally goes to the Conservatives, but many farmers are now tempted to switch as they feel the Government has sold them down the river by cutting funding and doing post-Brexit deals with the likes of New Zealand and Australia that undermine their ability to compete.

It is a crucial block vote in these parts, and Mr Foord is doing all he can get as much of it over to his side.

“If you saw the face of the Australian agriculture minister when he was announcing this deal to his farmers you could tell he was very please indeed,” says Mr Roberts.

“I just wish we had ministers that were as passionate about helping farmers. Instead, they undermine us with trade deals that bring cheap and low standard produce into the UK. Plus, they are taking £94m of funding from farmers, which will mean many will go under.”

The latest internal polling from the Lib Dems shows Mr Foord and Ms Hurford are neck and neck, both with 45 per cent of the vote. However, there are many undecideds yet to convince and both camps are hoping they will plump for their candidate when the polls open on Thursday.

I find one of those undecided voters as a grab a bite in Toast, a delicious café in Honiton.

“I’m seeing a change,” says Mr Foord. “This week we have certainly met many people who are coming over to the Liberal Democrats. That doesn’t mean I’m saying we will win. It means I believe it’s going to be very close.

“One thing I am certain of is that the Conservatives can no longer rely on this being a safe seat with a huge majority. They have taken Tiverton and Honiton for granted for far too long and the people here know that.”

As Mr Foord pops off to feed the sheep, the contrast between the Lib Dem and Tory campaigns could not be starker. I am invited to accompany Mr Foord on the final day of campaigning, along with former Lib Dem leader Tim Farron.

I have asked Ms Hurford to go out and shadow her as she attempts gain votes for weeks but, unsurprisingly, the answer is always a firm “no”.

This means of course, I will never know if the residents I spoke to are right, and whether she does actually knock on doors.