Planners in Torbay are calling on residents to give their views about the future of Paignton and Preston seafronts.

It follows fears of flooding caused by climate change but earlier plans met with a storm of protest with some locals describing them as being like a “Berlin Wall.” 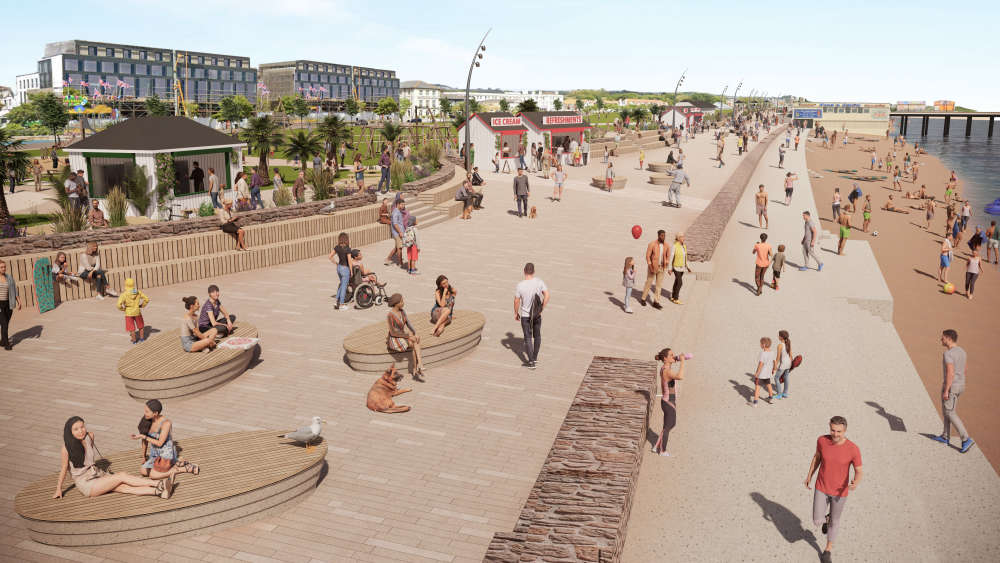 After taking on independent design consultancy firm, LDA, Torbay went back to the drawing board and redrafted the plans.

The public consultation, launched on Friday, is now in its third and final phase and it is the last opportunity for residents to give their views.

More than 450 people took part in the second phase of consultations and Torbay Council is hoping for a similar response this time around.

Councillor Mike Morey (Ind, Furzeham with Summercombe), cabinet member for infrastructure, environment and culture, said: “It has been great to hear from so many residents and businesses about the plans LDA Design have put together for these two popular seafronts.

“All of our wonderful coastline brings people to the area, but this part of the Bay is under threat from rising sea levels.

“This is why LDA Design are helping us to explore the type of sea defences that are right to protect the town from flooding.”

He urged any residents with an interest in the seafronts or who have been affected by flooding to look at the plans and give their views.

Images of the proposed seafront at Paignton show a wide, pedestrianised promenade on the harbour side of the pier.

Designs for Preston include wide pavements and flowerbeds while the Redcliffe side will have  a cycle lane and words from the ‘Paignton Poet’ carved into stone.

It is hoped that £4.6 million has been secured for the project from the Environment Agency, Section 106 and Future High Streets funding.

Visitors will still be able to park on Paignton seafront with 115 spaces available including 16 disabled spaces but there will be a loss of 93 spaces.

Residents who want to give their thoughts and ideas on the plans are encouraged to go to Torbay Council’s website.

Construction should begin towards the end of next year.