Phase two of the Tiverton junction has been paused 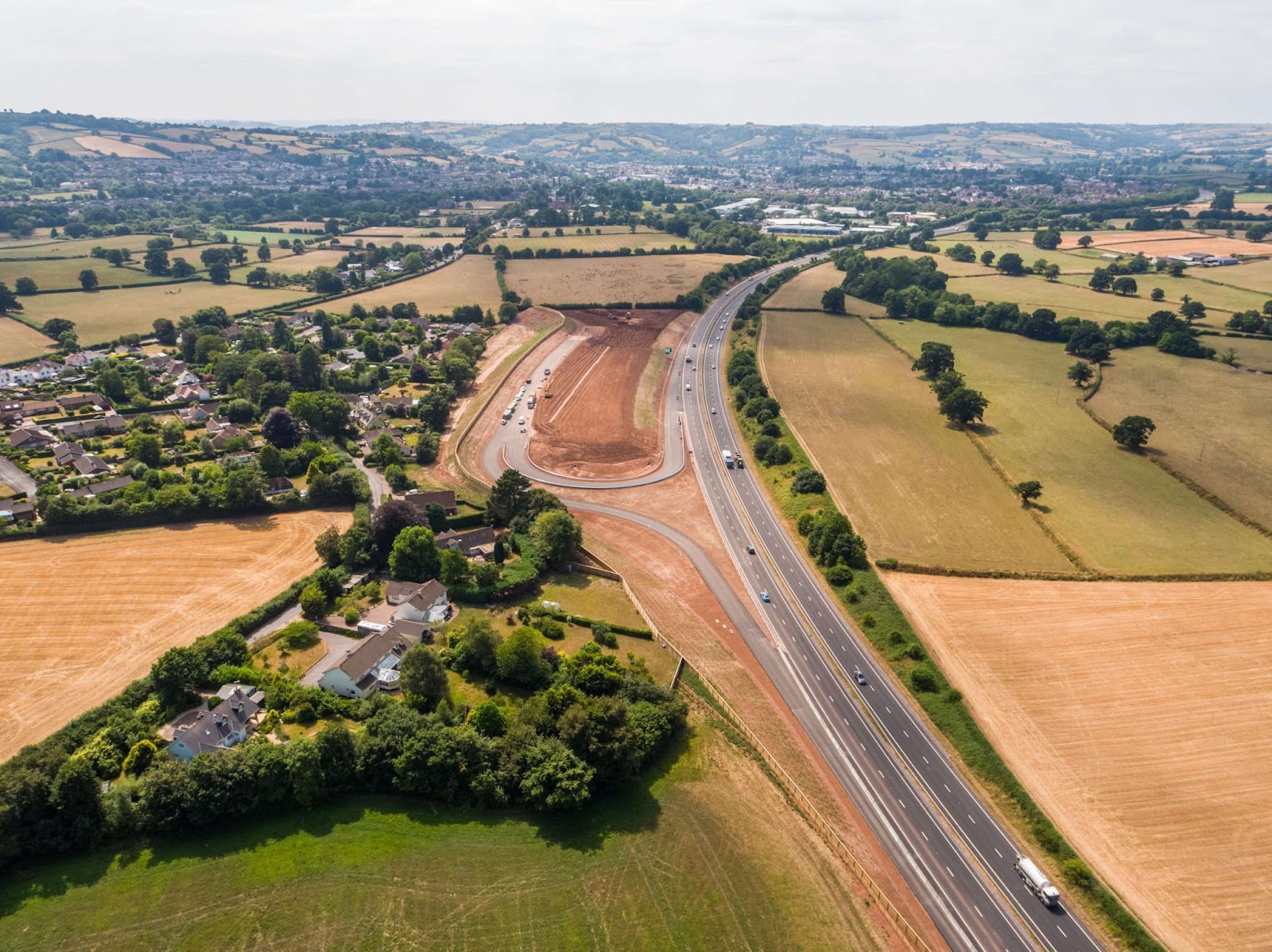 The junction under construction at Tiverton (courtesy: Devon County Council)

Plans to complete a new junction on the A361 North Devon Link Road at Tiverton are currently ‘unaffordable,’ councillors have heard.

On Tuesday [4 October], members of Mid Devon District Council’s ruling cabinet reluctantly agreed to pause phase two of the junction, which involves adding a bridge across the link road along with northern slip roads and landscaping.

Southern side slip roads were completed four years ago as part of the Tiverton Eastern Urban Extension of hundreds of new homes. A new road is currently being built to link the junction with Blundell’s Road.

Without phase two, a further area for new housing – ‘area B’ – cannot be built, although this is a longer-term aspiration and will not impact the current housing projects.

The council was already short of the previous £10.1 million estimated cost, having only secured £8.2 million of funding from Homes England, but a previous cabinet meeting in July heard how an updated estimate would now “significantly exceed” the earlier one.

The increased amount, which was not revealed, is blamed on significant rises in construction costs, volatile prices of materials and the need for a greater contingency.

After temporarily pausing the project in the summer, the council asked officers to find either additional funding or revise the scheme to make it affordable whilst still achieving its ‘core objectives.’

But in an update to members this week, Councillor Richard Chesterton (Conservative, Lower Culm), cabinet member for planning and economic regeneration, said this has proved unsuccessful.

Asking cabinet to support an indefinite pause, he said: “Clearly, this is not a recommendation which is made lightly, but it is felt to now be the most sensible course of action available to the council.

“Members will be well aware of the trying financial times in which we find ourselves currently and we’re not alone as a council in considering difficult decisions around pausing infrastructure schemes in the face of escalating costs.

“A decision to pause the scheme at this time does not mean that the scheme will not or cannot be delivered, but just that delivery will have to be reconsidered at a point in the future.”

The council is currently unwilling to borrow money to cover the shortfall.

It would add “significant further financial pressures … at a time of increasing economic and financial uncertainty and pressures and this approach is therefore not one which is considered prudent,” a report says.

As well as agreeing to pausing the scheme, cabinet also backed a second recommendation for officers to liaise with Homes England about “identifying alternative options to utilise” its funding to support other aspects of the eastern urban extension.

If these alternative options are found, it also asks officers to develop them into a “viable proposition” that can be considered by cabinet.