Deadline for responses to the “Planning for the future” White Paper is 23.45 on Thursday 29 October. 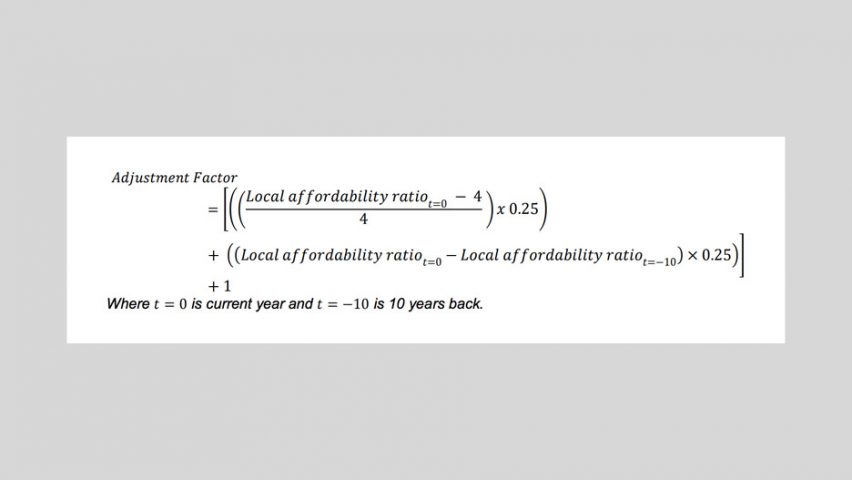 The UK government’s proposal to use a mathematical formula to determine where to build 300,000 new homes a year has been criticised by campaigners.

The formula would be used to set a target number of homes to build for each area in England, with the aim of building more housing in less affordable places to increase stock and reduce overall prices.

It represents a change in the existing method of calculating housebuilding targets.

Planning groups voiced concern that using the revised formula, which has been widely described as an algorithm, would mean building more homes in expensive areas in the south while leaving the north underdeveloped.

The Royal Town Planning Institute (RTPI) said the formula “does not make sense” and would “risk destroying large areas of countryside”. Local Government Association (LGA) agreed that “algorithms and formulas can never be a substitute for local knowledge”.

Earlier this year the UK government held a consultation on its white paper Planning for the Future, which detailed wide-ranging changes that could be made to the planning system to reach a target of 300,000 new homes built every year.

The government currently uses a formula based on predictions of how much growth there will be to determine the number of new homes each of the 343 local authorities is set as a target to build.

Its proposed update to this formula – the consultation document does not use the word algorithm – is one of the changes currently under consultation. It would incorporate affordability of existing homes into the calculations for the first time.

“The affordability of homes is the best evidence that supply is not keeping up with demand.”

Campaign groups have rejected the formula revisions after running test figures, warning that it could cause uneven distribution of housing targets.

“This simply does not make sense and could risk destroying large areas of countryside in the south, while leaving urban brownfield sites in the north unused,” he added.

LGA said that the new calculation was too prescriptive.

“Under these plans, some parts of the country will have to ramp up housebuilding with existing targets doubled. Others, mainly cities in the north, will be told they need to build less,” said LGA spokesperson David Renard.

“Algorithms and formulas can never be a substitute for local knowledge and decision-making by councils and communities who know their areas best,” added Renard, who is the leader of Swindon council.

Using the new formula would force councils in the south to overdevelop the countryside and leave brownfield sites further north undeveloped, argued CPRE.

“To begin delivering the homes we need at the pace we need them, the government should abandon centralised housing targets and ensure planning remains locally-led with local authorities and communities,” he added.

UK prime minister Boris Johnson heralded the proposed planning system changes as “unlike anything we have seen since the second world war”.

Other potential changes include granting automatic planning permission for developments on land earmarked for growth.

A key factor in England’s housing crisis stems is the gap between the population and available affordable homes. However, a 2019 report from the Centre for Policy Studies highlighted that, on a net basis, every new house built from 2005 to 2015 went to a buy-to-let landlord anyway.