Wonder if EDDC’s CEO had any private advice for CDE?

“This has gone into the most spectacular orbit of deceit and betrayal in the planning system.”

Those are the words of one councillor as the district authority agreed at a meeting on Tuesday (August 6) not to fight a developer’s appeal over a Newton Poppleford site.

A wider plan for a 40-home development at King Alfred Way, including a doctors’ surgery, was approved in 2013. CDE was unable to find a tenant, so instead applied to build two more homes.

At that stage the parish council expressed an interest in running the surgery.

EDDC twice delayed a decision – the second to allow the parish council to meet with the developer to find a solution.

The developer lodged an appeal with the planning inspector, who will now also decide whether the council should pay costs.

Planning officers recommended the authority should not fight the appeal arguing the surgery was not ‘legally justifiable’. Councillors voted by seven votes to five not to fight it.

Councillor Mike Howe, chairman of the development management committee, told the meeting CDE had acted ‘atrociously’ and could not be considered an ‘ethical or nice developer’.

Cllr Olly Davey said, unless ‘legally enforceable’, ‘any promise that a developer makes is not worth the paper it is written on’.

Councillor Paul Arnott put forward a motion to reject the application, on the grounds the developer had failed in its ‘commitment’ to deliver the surgery – but it was thrown out by seven votes to four.

Councillor Paul Arnott said the application was the most ‘spectacular orbit of deceit and betrayal’ and the council should mount a challenge despite the costs. He said: “It’s so mired in lies and deceit going back years, betrayal, treachery, accusations of wording.

“We cannot afford, as a rule, to be spending council taxpayers’ money on appeals we may not win, but on this occasion we have to. It is a notorious case and we have to draw a line.”

Cllr Eileen Wragg said the committee needed a ‘damn good reason’ not to agree with the officers’ report.

Council officer Henry Gordon-Lennox, strategic lead, said nothing in planning law could stop the developer applying for a different use of them land, despite the original plan for a surgery.

He said: “I do absolutely understand the frustration and the annoyance and the disappointment, but from our point of view as officers there is nothing to defend precluding them from doing this, unpalatable as that may be.”

CDE was represented at the meeting Amy Roberts, who said there has never been a planning justification for the surgery, within the original plan. She said CDE did not want to appeal, but that the developer’s ‘hands were somewhat forced’ by the non-determination, despite planners’ recommendations.”

EDDC fight CDE – not on your life say officers …unless, of course, councillors instruct them to do so …

Clinton Devon Estates … again … not doing its reputation any good.

“Clinton Devon Estates (CDE) says it was unable to find a tenant for the practice which was promised as part of a 40-home development at King Alfred Way. Instead it applied to build two further homes on the land.

On June 11 East Devon District Council (EDDC) deferred its decision for 90 days to allow time for talks between CDE and Newton Poppleford and Harpford Parish Council.

The parish has now shown an interest in renting the surgery and wants to enter into talks.

CDE has instead lodged an appeal against the delay in the decision.

The surgery was part of discussions when a 40-home development was granted permission. At the time district councillor Val Ranger said she felt 40 new homes, next to an area of outstanding natural beauty, was a high price to pay for a new surgery.

Coleridge Medical Centre was originally due to take over the new practice but withdrew its support after NHS funding fell through.

CDE has now refused to meet the parish council and said it was because of the delays already caused, current NHS aims to centralise services and the extra cost involved if the surgery is built after the bulk of the development is finished in 2020.

When asked if it would consider withdrawing its appeal, Clinton Devon Estates said in a statement: “A new GP surgery in Newton Poppleford is no longer viable without a commitment from the NHS to operate it. With the submission of an appeal, the opportunity for formal discussions between CDE and the parish council is now closed until a determination has been made by a planning inspector.”

The developer said Coleridge Medical Centre confirmed in June that its plans to consolidate services within a larger site rather than at branch sites was unchanged. It understood that their plans were to deliver services with the Beacon Surgery, Sidmouth.

When asked if it would be open to talks about the possibility of the parish council taking on the surgery, a Coleridge Medical Centre spokesman said: “We and Devon Clinical Commissioning Group are always open to discussions with our local partners.

“We will continue to provide the existing single-handed doctor service at Newton Poppleford for two mornings a week for the foreseeable future.

“We remain committed to securing high quality and accessible GP services for the people of Newton Poppleford and any proposals about how to best provide this in the long-term must take into account a number of factors including cost, workforce and sustainable modern ways of providing care.”

No decision on Clinton Devon’s desire to replace GP surgery with 2 houses at Newton Poppleford – deferred for 3 months to “find a solution”.

One house and half a surgery, perhaps?

Not a good start.

A dilemma for The Independent Group and their Tory supporters. 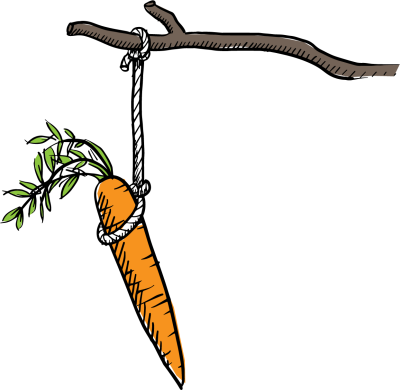 Summary: dangle a carrot (a doctor’s surgery), take away the carrot, put two houses in the place of the surgery/carrot, get planners to say it cannot now be refused even though the carrot has disappeared… although the carrot never actually existed anyway!

This means that, should the NHS ever regain the funding and doctors it needs, and should the local surgery then be in a position to open a secondary surgery in Newton Poppleford, it can never happen.

Anyone buying a new Clinton Devon Estates house at Newton Poppleford (particularly if they have children, or a chronic health condition or are elderly) might want to think twice if this is a suitable location for them.

And EVERYONE should beware “promises” from developers.

“A Devon development site once earmarked for a “much needed” GP surgery is being turned into housing instead – much to the disappointment of residents.

People living in Newton Poppleford have to travel miles for medical care.

It comes as a report from the government watchdog, the National Audit Office, has criticised how community infrastructure projects for healthcare, education, and transport are often abandoned once planning permission’s been granted.

In a statement, the developers Clinton Devon Estates said the withdrawal of the surgery plans was understandably very disappointing, but the decision was made by a local medical practice due to circumstances beyond their control with unexpected changes to NHS policy.