“First-time buyers have been left high and dry after the number of cheaper homes plunged under the Tories.

Official figures show the number of those homes completed fell for four years in a row after the Tories took power, and hit a low point of 4,280 in 2015/16.

It comes despite Theresa May declaring in January that it was her “personal mission to restore the dream of home-ownership”.

Labour claimed 77,000 fewer affordable homes to buy had been built than if construction had continued at the 2009/10 rate. ….”

“A Conservative MP has said ministers need to urgently “learn the lessons” from the financial collapse of Tory-run Northamptonshire county council if they are to prevent more councils slipping into insolvency.

Andrew Lewer, the MP for Northamptonshire South, said that while mismanagement had fuelled the Northamptonshire crisis, the council was also a victim of underlying financial pressures affecting all local authorities with social care responsibilities.

Lewer’s comments will be seen as a breaking of ranks both with the government and with his six fellow Tory MPs in the county, who have up to now sought to present the council’s problems as unrelated to wider funding issues.

His intervention came as Northamptonshire county councillors prepare to take further steps towards drawing up a drastic cuts plan that they hope will close a £70m black hole in the accounts over the next few months.

“A culture of poor performance and decision-making in Northamptonshire county council fuelled the current crisis, but there are bigger, national drivers that also have a significant bearing on the position of not only Northamptonshire, but other local authorities too,” said Lewer.

“Adult social care demand from a rapidly increasingly elderly population is the big elephant in the room. We need to have a discussion on how future local government is structured, financed and delivered, especially for this crucial and costly sector.”

Council social care bosses in England warned earlier this year that care services for older and disabled adults were on the brink of collapse because of funding pressures. The Local Government Association (LGA) estimates that adult social care faces a £3.5bn funding gap by 2025.

Lewer, who became an MP at the last general election, is a former leader of Derbyshire county council, and a vice-president of the LGA.

Northamptonshire councillors will discuss a proposed action plan which calls for “radical service reductions and efficiencies” in areas including children and adult social care, as well as a programme of staff redundancies, at a council meeting on Thursday morning.

Although it is anticipated no precise details of the cuts will be put forward at the meeting, councillors are expected to approve a “hierarchy of priorities” approach to the cuts which will see some services restricted to the legal minimum, and non-core services eliminated altogether.

Councillors will also vote to formally accept a section 114 letter from the council’s director of finance, published last month, which sets out in humiliating detail the extent of Northamptonshire’s financial problems, and the poor decision-making that led to it being declared technically bankrupt in February.

The meeting comes amid growing concern in local government circles that more councils – many of them Conservative-run – could follow Northamptonshire into draconian cuts to try to stave off huge budget shortfalls, with Somerset and Lancashire among those reporting financial stresses.

Last week it emerged that East Sussex county council was drawing up plans to move to a bare legal minimum level of services – which it called a “core offer” – to cope with a growing budget shortfall that if not addressed would see it bankrupt within three years.

A spokesperson for the LGA said: “More and more councils are struggling to balance their books and others are considering whether they have the funding to even deliver their statutory requirements.”

Devon CCGs want to merge (but looks like they already did it!)

Owl says: anyone recallveing consulted about this? And surely, if it is for cost-sVing, all previous financial scenarios at the two CCGs must be recalculated. And shouldn’t this be rescrutinised by DCC?

“North East and West (NEW) Devon CCG is hoping to merge with South Devon and Torbay CCG in April next year. Both CCGs have expressed an interest to NHS England to merge the organisations, in what they say is the ‘next natural step’. In May last year, NEW Devon CCG refuted claims it had ‘gone bust’ – though it did have a defecit of £42million in 2016/17.

It is thought the merger would help both organisations face funding challenges in the years ahead; they have already made a saving of £4million working together in the last year. This has includinged merging the two executive teams and establishing a common governing body and committees.
Executive directors now sit in Devon-wide roles working across both CCGs.

Dr Sonja Manton, director of strategy at the two CCGs in Devon, said: “We have made significant progress working as a health and care system in Devon over the past two years.

“As commissioners (buyer) of health care services for our local population, our two CCGs have worked more closely together for over a year, and this has brought many improvements and benefits such as speeding up decision making and making cost savings and efficiencies of nearly £4million on running costs.

“We have achieved much more together than we would have working separately. “A merger of our two organisations is the natural next step, and we have expressed an interest to NHS England to merge our two organisations from April 2019. “We are working with staff, clinicians, partners and stakeholders to ensure that everyone is involved in the changes as they develop. “This is an important step in our journey to better integrate health and care services to benefit our local communities.

“In Devon, we have well-established joint working arrangements with our local government partners and this will be strengthened as we design a new more integrated approach.” 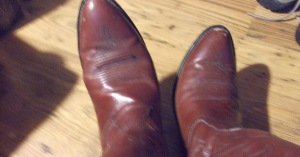 Makes a change to see EDDC objecting to anything that developers want – but in this case they do NOT want the Exeter City Council-led Moor View shopping centre in Cranbrook’s back yard!

And how many times have we pleaded for impact assessments and sequential tests on developments in East Devon, only to be told they are not required! Boot now on other foot!

Officer comments on the proposed development which Exeter City Council officers are recommending although it goes against their own Local Plan.

The applicants have stated that one of the purposes of the development is to provide retail facilities for new business and residential communities, some of which are in East Devon.

However, these developments have been designed with their own centres/ancillary facilities, which represent the most sustainable solution to meeting the needs of people living and working in the area and the proposal could undermine the viability and deliverability of these.

The Moor Exchange development should not be seen as being in any way necessary to meet these needs.

The applicants have not carried out a sequential test or impact assessment of the proposal on Cranbrook Town Centre.

This is contrary to the NPPF and PPG.

Land is available at Cranbrook Town Centre to meet the identified need. There is already development in the consented town centre at Cranbrook which would face competition from this development and emerging developments will also be affected.

The impact assessment should take into account existing development and development expected to come forward over the next 5 years.

The response stating that Cranbrook Town Centre is not identified as a town centre on the Local Plan proposals map is semantics – Strategy 12 refers to the provision of a town centre at Cranbrook.

It also has outline consent. It will be included on the proposals map for the forthcoming Cranbrook Plan DPD.”

“One in four HS2 workers on six-figure salaries”

“Almost one in four HS2 employees are being paid more than £100,000 a year, it has been revealed.

The news comes despite the government insisting it is “keeping a tough grip” on the cost of the controversial project.

Some 318 people – out of the 1,346 employed on the new high-speed railway – are earning at least £100,000 in salary and perks, according to a information given to The Times under the Freedom of Information Act.

This number is an increase compared with the 155 who were paid six figures in 2015/16, the newspaper reported.

An HS2 Ltd spokeswoman said: “In a highly technical project of the scale and complexity of HS2 it is necessary to employ the right level of expertise and knowledge to deliver the programme successfully.

“As the project moves increasingly towards construction, as does our need for highly technical support increase.

“HS2 Ltd is committed to controlling costs and take our responsibility to taxpayers money very seriously, and the programme remains on track and within our funding envelope.”

The pay figures include salaries, bonuses and pension contributions. …”

“Jobcentre staff are told not to keep a record of the number of people they direct to foodbanks, despite appearing to send thousands of people to charities providing food parcels to hard-pressed families.

A directive, issued by the Department of Work and Pensions (DWP), tells staff they must not use the term “referral” or “voucher”, and should not keep any record of the number of people they “signpost” to foodbanks.

Critics have urged the Government to halt the practice as ministers have used the lack of records to dodge questions about the impact of welfare reforms.

The revelation also indicates how charities are being relied upon to support the benefits system, but not to what extent. One major food bank charity says it hands out nearly 60,000 food parcels every year as a result of “signposting”.

The Whitehall department’s so-called ‘Operational Instructions’ were obtained following a Freedom of Information request in February which asked for details on what staff are told to do if people ask for food aid.

The instructions state that instead of offering referrals or vouchers to claimants, Jobcentre staff must only offer “signposting slips”.”

In bold letters, the instructions say: “The signposting slip must not be referred to as a Foodbank Voucher.”

The only time Jobcentre staff are allowed to keep track is if the foodbank makes a request, the instructions reveal. …”