The pro-Brexiteer seems to have gone rather quiet since Boris Johnson became PM and hadn’t told us what (as a farmer) he thinks about a no-deal Brexit.

Sure, our MPs are all on holiday in this time of constitutional crisis (whatever happened to parliamentary sovereignty?) but surely his constituents deserve to know what he thinks and what he is planning to do on behalf of his Tiverton and Honiton voters?

After all, we do know what Swire is up to, even if some of us don’t approve!

Air and noise pollution, traffic chaos and rising rents are blighting the Somerset town that has found itself the gateway for the marathon construction of the new Hinkley Point C (HPC) nuclear power station, locals say.

Limits for air pollution have been exceeded on main roads on multiple occasions this year, while Highways England data shows truck numbers have increased by more than 20% since building work started in 2016.

On some roads, two heavy goods vehicles pass through every minute. Not all are delivering to Hinkley but, with no bypass built for the nuclear site, locals say it has made the town unnavigable at times.

Buses transporting 4,000 construction workers to the site add to the traffic – and the influx of workers is pushing up rents. Rat runs are in gridlock and a town that is home to just under 40,000 people is experiencing London-level traffic on some roads.

Friends of the Earth, which looked at the air quality data for 2018 and 2019 provided by the local Sedgemoor district council, said it was concerned about the high incidences of particle matter on some roads.

Data shows that particle matter measuring 10 micrometers (PM10) has exceeded safe limits on Quantock Road 16 times already this year, while on nearby Bristol Road those limits were exceeded 15 times.

The latest data for traffic shows the number of HGVs has increased from 470 a day in 2014 to 900 in 2018 on Quantock Road, the principal artery out of the town to Hinkley.

For nearby Horsey Level, the number of trucks a day is registered at almost 1,500, while on Taunton Road, the main road coming from the M5’s junction 24, residents have to endure 1,050 a day, making it difficult to cross the road and forcing many cyclists on to the paths for their own safety.

HPC says the number of HGVs travelling every day to and from the site is capped at 750.

… Hinkley agreed a fund to fit double-glazed windows on some of the busiest roads in Bridgwater. It says this is a goodwill gesture and not an admission of responsibility for the noise of HGVs.

“EDF have paid to replace all my windows, and it’s made no difference. On a summer’s night, I’m not able to sleep with the windows open at all,” said Balcombe. “I am woken up every morning at 5am from the noise of lorries. And when these lorries are empty the clatter they make is unbelievable with the metal bouncing round.”

HPC points out that the HGV movements will ease in the autumn when it switches supplies to the sea. The jetty is now complete and the permission it got for an extra 250 HGVs a day will expire.

For Bridgwater locals a bypass would have been the answer and helped relieve the town of its perennial traffic problem.

The former Labour councillor Mick Lerry, who was involved in the fight for a bypass, said the attempt was stymied because it was never part of the development consent order submitted by EDF. “As it was not part of the application, it could not be considered,” he said.

The government said it had considered the impact of HGVs on Bridgwater and was satisfied. …”

A computer magazine (Computer Active!) has warned that Boris Johnson’s promises on UK-wide fibre broadband are just wishful thinking (or, if you prefer lying) – but there is an alternative for hard-to-reach properties: 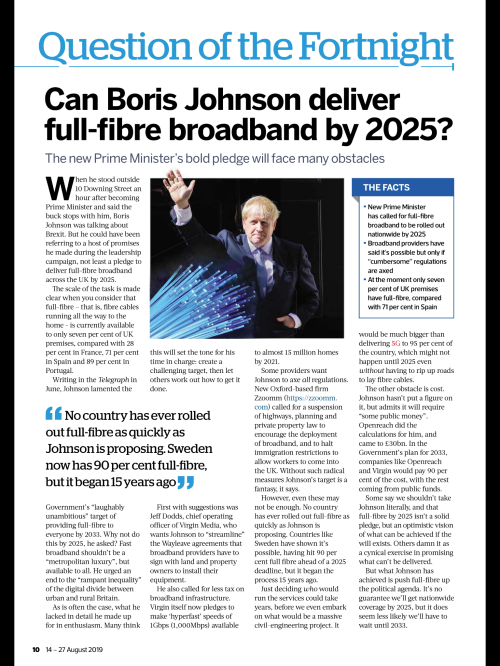 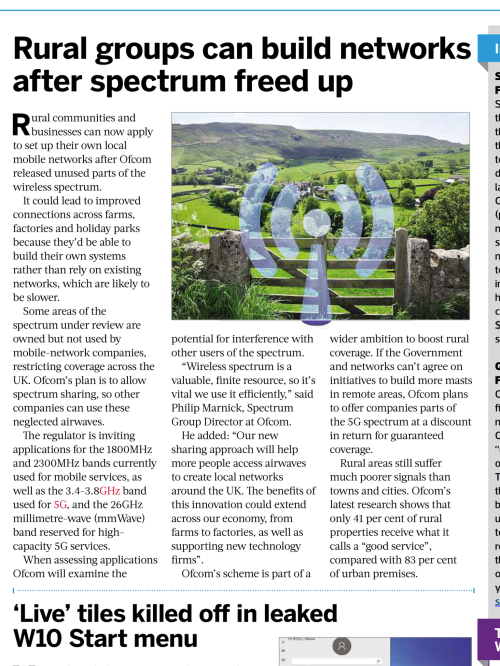 In some cases owned by the NATIONAL rail companies of the foreign company! Madness!

“Richard Branson has said he is ‘devastated’ that Virgin Trains’ reign over the West Coast Main Line train route is coming to an end after 22 years.

The Department for Transport has awarded Aberdeen-based First Group and Trenitalia UK, an arm of Italy’s main train operator, the contract to run the London-to-Glasgow rail line from 8 December.

After the contract starts, more than 60 per cent of train journeys made on British railway lines will be made using services partly owned by foreign companies, analysis by the Press Association has revealed. …”

50% of UK fishing quotas are owned by foreign companies:

“Auditors scrutinising local authority accounts and the body responsible for appointing them have come under fire after new figures showed 40% of audit opinions missed the target date of 31 July.

Public Sector Audit Appointments (PSAA), the body responsible for appointing auditors, this week revealed that 210 out of 486 audit opinions on local government bodies for 2018/19 were not delivered on time.

The figure has jumped sharply from last year, when only 13% of opinions missed the deadline.

Graham Liddell, managing director at financial reporting consultancy LPFG and former senior technical manager at the Audit Commission, said: “This is a failure of the audit firms and of PSAA who appointed them.

“All the audit firms have enough staff to deliver their portfolio of local authority audits, it is just that they have chosen to maintain their margins and prioritise other sectors.

“I have immense sympathy for public sector audit teams who have been a handed an impossible job by their employers, but none for the firms themselves.”

He said that PSAA has presided over a process which has seen audit fees driven down to unsustainable levels.

“The big question is what does it do next? For a start, PSAA needs to stop defending auditors and blaming local authorities.

“It then needs to think carefully about audit fee rebates and how loudly it is going to name and shame the culprits.”

In a statement, the PSAA said a number of factors had driven the deterioration in performance, including, in some cases, a shortage of appropriately skilled and experienced auditors.

It said that, in other cases, the standard and timeliness of draft accounts, or working papers, has been lacking.

Other delayed opinions arose from difficulties in obtaining responses to and resolving audit queries, and unresolved technical issues including matters arising within group accounts, it said. …”

Auditors and PSAA slammed after jump in accounts deadline failures

Top tips and tricks for going global with FOI 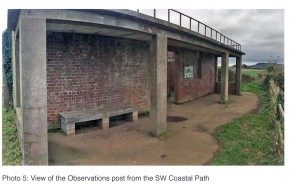 The planning application for the conversion of the South West Coast Path WW2 observation post into a holiday dwelling, covered by Owl here:

has been agreed. The roof will be “reconstructed and roof lights, doors, windows and solar panels will be added, thus destroying its original function as a historical building.

The owners of the land are, of course, Clinton Devon Estates.

What council in “no overall control” REALLY means

The full article has a very useful table at the end and includes a note that East Devon Alliance wants to change to a committee system.

“With the two main parties losing hundreds of council seats, and the Lib Dems, Greens and Independents gaining across England in May’s local elections, the number of councils where no single party had a majority increased in 2019. In the first of two articles, Chris Game details how this has shaped governing outcomes for English councils ­– and demonstrates why reporting political coalitions in local government matters. …”