Date changes for hustings in Exmouth and Sidmouth

Owl had transposed hustings – apologies – here is the correct information from a correspondent (thanks):

Free, but tickets must be booked via Eventbrite

And the hustings on Fri 6th Dec is in Sidmouth at 7pm at All Saints Church Hall.

“… Thursday, November 14, at the Ocean Suite, a public exhibition will take place where Hemingway Design will present their vision.

Hemingway Design will outline the valued feedback they received from the online survey and how the views of respondents have guided the proposals, and the exhibition will also look at ways that these opportunities can be realistically made to happen.

On hand to advise on the deliverability will be commercial property advisors Lambert Smith Hampton, who have been testing the existing planning consent and new ideas against the current development market, i.e. under real market conditions. …” 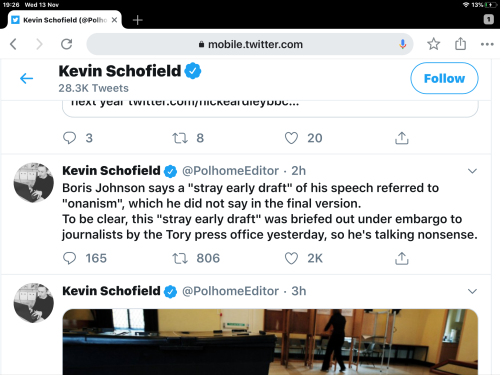 and if you are not convinced: 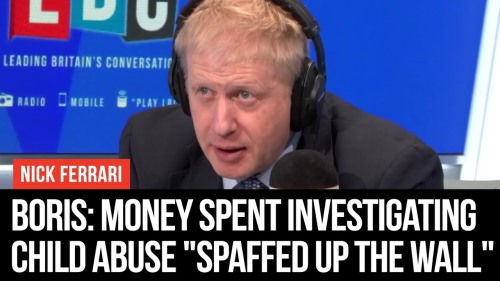 She can’t lose control – she’s never had it. Easy]t Devon has its credible Remain candidate – Claire Wright with 35% of the vote in 2017 – but Swinson has absolutely no control over the local East Devon Lib Dem candidate who has more reason to stand down than any other Lib Dem.

If she isn’t in control local groups – what is she in control? of? What is she Leader of?

Vote Lib Dem, Green or Labour and get (parachuted in, no local roots) Tory – again.

What is our Local Enterprise Partnership up to these days? They won’t tell us

“The Heart of the South West Local Enterprise Partnership’s (LEP) new local industry strategy featured prominently at its annual conference in Torquay on 4 November despite it not yet having been published.

It has been signed off by all the partners and seen by other stakeholders, but will remain otherwise unseen until it receives ministerial-level clearance in Whitehall. …”

And this picture of how our LEP compares to the 38 other LEPs is worth (at least) a thousand words:

That doesn’t seem to matter to our TiggerTory councillors who prefer to keep their tight personal hold over their planners and their cordial relationship with developers rather than thinking about the benefits of a Jurassic Nationsl Park on residents and visitors. Curious that.

“You can’t put a price on nature. You can’t quantify the uplifting effects of a walk in the Peak District or the way your soul soars at the sight of a stormy Cornish cliff.

Except, it turns out you can: it’s worth almost £5 trillion a year. Economists have calculated the mental health benefits of the world’s national parks, and concluded that on this measure alone they provide services amounting to a significant proportion of global GDP. And that is before you consider all the other environmental services they offer.

From the smooth cliffs of Yosemite to the jagged glaciers of Chamonix to the wild fenland of East Anglia, protected spaces improve our mood, reduce our work absences and keep us well. By quantifying the magnitude of this effect in Australia then using the tools of health economics to place a monetary value on it, researchers were able to extrapolate what they called a “conservative” global estimate of £4.67 trillion.

As unromantic as it sounds, economists believe that until nature has a value on a balance sheet it can be depleted and exploited without penalty. In recent years researchers have looked to calculate the value of the natural world in, for instance, flood protection, pollination and climate control.

The analysis, published in the journal Nature Communications, extended this further to consider mental health. The researchers looked at the improvement in wellbeing in 20,000 Australians that was attributable to visiting national parks, then translated this into quality adjusted life years, which is a measure of how easily people can live their lives. Finally, they extended the calculation to the world.

Dieter Helm, a University of Oxford economist who was appointed by the government to value Britain’s “natural capital”, has said in the past that figures such as these are by necessity imprecise, but not considering them in natural accounts is “precisely wrong”. He welcomed the new research.

“This is another bit in the mounting pile of evidence highlighting the huge health benefits, both mental and physical, from nature,” he said. There are great economic gains from investing in natural capital . . . It should be a major priority for the Treasury. It is not just concrete infrastructure that matters: green infrastructure has some of the highest returns.”

Why did Axminster fail to get Town Fund grant? Because it’s in a safe Tory seat

“The Conservatives have been accused of short-changing the poorest communities in favour of comparatively affluent towns to boost their election prospects.

The government promised that the multibillion-pound towns fund would “unleash the full economic potential of more than 100 places and level up communities throughout the country”.

However, 32 towns on the list fall outside the 300 worst-off in England according to rankings from the Office for National Statistics.

Analysis by The Times reveals the extent to which money has been directed towards wealthier areas that are marginal Conservative-held or target seats.

Among the least deprived locations given priority are Stocksbridge in South Yorkshire, where Angela Smith, who won the seat for Labour in 2017, is standing aside after 14 years, and Loughborough, where the Conservatives are defending a majority of 4,000.

Others include Brighouse, Kidsgrove, Cheadle, Worcester and Crawley, which all sit in constituencies that returned Tory MPs with majorities of less than 5,000 at the 2017 election.

Newark, which is ranked 298th in terms of deprivation, is in the constituency being contested by Robert Jenrick, the housing secretary. The list also features Darwen, the Lancashire constituency that Jake Berry, the northern powerhouse minister, is defending.

Andrew Gwynne, the shadow communities secretary, said: “This raises serious questions about the role that ministers and advisers played in robbing some of the poorest towns in the country to funnel cash into Tory target seats in a scramble for votes.

“The towns fund is an insult to communities across the country that have been forced to bear the greatest burden of austerity.”

Will Jennings, professor of public policy and researcher for the Centre of Towns think tank, said more transparency was urgently needed to justify why some of these towns had been included while places such as Tipton, Bootle and Sheerness had not.

The towns fund has also been criticised for failing to fulfil promises made in the Conservatives’ 2017 manifesto, which pledged to replace £30 billion of structural fund money from the EU with a “United Kingdom shared prosperity fund, specifically designed to reduce inequalities between communities”.

Lisa Nandy, Labour’s candidate in Wigan, said: “We were promised real investment, including billions through a shared prosperity fund. Instead we’ve seen money pushed towards marginal towns during an election campaign.”

Analysis of the towns fund was carried out using Office for National Statistics data on income deprivation, one of the key measures ministers were asked to consider when finalising the recipients. This showed that more than half the 100 towns (55) voted Tory in 2017, yet more than three quarters (85) of the 10 per cent of most deprived towns backed Labour at the last election.

The data revealed that the 100 areas chosen to receive funds had an average parliamentary majority of just over 6,000. This compares with an average majority of almost 11,000 in England’s 10 per cent most deprived towns.

Towns Fund money is going to 23 towns with populations below 25,000, the most widely used classification of a small town. One, Tory-voting Millom, in Cumbria, has just 5,887 people.”

The ultra-fine particles (UFPs) are produced by fuel burning, particularly in diesel vehicles, and higher exposures significantly increase people’s chances of getting the deadly cancer. Previous work has shown that nanoparticles can get into the brain and that they can carry carcinogenic chemicals. …”

Sidmouth hustings (28 November): free but must be pre-booked

The event is organised by the Exmouth Journal (and sister titles the Sidmouth Herald and Midweek Herald), Exmouth Chamber of Commerce and Christians Together in Exmouth, with support from Exmouth Community College.

The hustings will take place in the main hall at the college’s Green Close site.

Sir Hugo Swire announced in September that after 18 years as MP for East Devon he would not be standing again.

County councillor Claire Wright finished second in 2015 and 2017, but with the election announced in a bid to break the Brexit deadlock, the result in East Devon will be harder than ever to predict.

The hustings is open to residents aged 16 and over – with a maximum four tickets per booking. There will be parking but only drive if absolutely necessary.

If you are attending and want to quiz the candidates from the front row, send your question to exmouth.editorial@archant.co.uk

The event will be filmed and broadcast live on Facebook.

The paywall seems to have been removed from this story in the Daily Telegraph for some reason … Owl would have liked to be at the selection meeting where this candidate – until recently competing for a seat in Bristol – was chosen!

“As we near the deadline for candidate nominations ahead of next month’s general election, both major parties are embroiled in an evergreen row. This is not just about being forced to dump individuals who have a record of unsavoury remarks or (in Labour’s case) allegedly antisemitic views. Both Labour and Conservative headquarters are also being accused of stitching up selection races for favoured insiders.

On the Tory side, disgruntled members cite the selection of several former Downing Street aides for safe seats. These include Andrew Griffith in Arundel and South Downs, James Wild in West Norfolk, and Danny Kruger in Devizes – all despite the Prime Minister’s team having only been in office, with a non-existent majority, for a few months. Nor does the run of advisers stop there: we also find Claire Coutinho, who previously worked for Rishi Sunak, in East Surrey; Simon Jupp, who advises Dominic Raab, in East Devon; and Anthony Browne, who served as an aide to Boris Johnson during his time as Mayor of London, in South Cambridgeshire.

This last is already the subject of controversy, with Browne facing calls to stand down over allegedly racist arguments he advanced in the Spectator – not helpful in a seat where local polling shows the Conservatives may already have fallen behind the Liberal Democrats. Mims Davies, meanwhile, stands accused of launching a “chicken run” from her current seat of Eastleigh, where the Lib Dems are again expected to do well, to Mid Sussex, the safe seat vacated by Sir Nicholas Soames. This has reportedly angered other MPs defending marginal seats, who feel neglected by CCHQ.”