Frit Jupp shuts down comments on his Facebook page – and where IS he?

REMEMBER: a vote for any candidate other than Claire Wright is a vote for this elusive chap who doesn’t answer questions and who always seems to tell us where he has been and not where he is – a la Swire and Johnson! 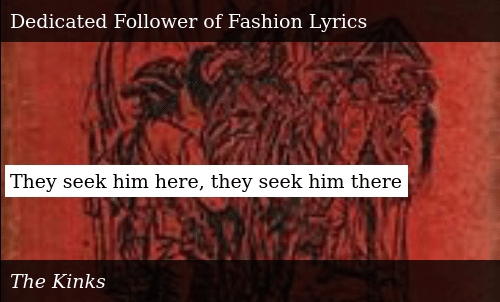 Oh dear – thin skin. There were rather a lot of comments from people who had some very tricky questions for him on his Jupp for East Devon Facebook page – none of which he answered as he never engaged on the page at all.

People can’t even ask him questions, let alone get any answers as he’s either:

(c) only posting where he has BEEN rather than where he’s GOING!

Well looks like he’s wanting to be a Swire-clone MP (Swire 649th worst constituency MP out of 650 according to change.com!).

Where Jupp goes Johnson follows as he refuses to attend his own constituency’s hustings!

A VOTE FOR ANYONE OTHER THAN CLAIRE WRIGHT IS A VOTE FOR JUPP AND JOHNSON.

Japp and Johnson – total non-believers in the democratic process.

“Organisers had initially rearranged to accommodate the Conservative candidate after the event clashed with Mr Johnson’s debate with Jeremy Corbyn on the BBC, but the PM declined nonetheless.

Labour candidate Ali Milani, who did attend the debate, wrote on Facebook afterwards: “Local hustings are a pillar of local democracy. Every local resident should have the right to ask all their candidates questions and hear their views. …”

“I am the only candidate who can win this seat from the Conservatives”, Claire Wright tells packed hall at Sidmouth hustings

The popular Independent candidate’s opening statement of this obvious fact was greeted with warm applause tonight by the large audience who attended the hustings at All Saints Church Hall, organised by the Vision Group for Sidmouth.

The Tory candidate, Simon Jupp, had agreed to be there, but withdrew at the last minute, citing an alternative commitment to appearances at late-night shopping events at Sidmouth and Budleigh Salterton that evening. Mr Jupp’s agent’s letter, courteously read out by Vision Group’s Peter Murphy,who Chaired the meeting, prompted loud guffaws from the floor.

All candidates acquitted themselves well, but a vote for any except Claire Wright would simply play into Boris Johnson’s hands. Only Claire Wright, with her decade of dedicated service as first a District, and now a County Councillor, could claim to have the “knowledge, experience, and contacts on the ground” to seriously challenge the Tory hold in East Devon.

For info: National Debt under Labour and Tories: 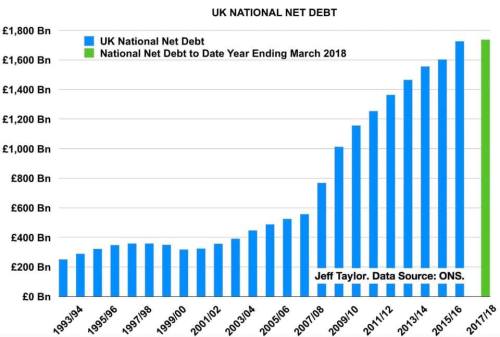 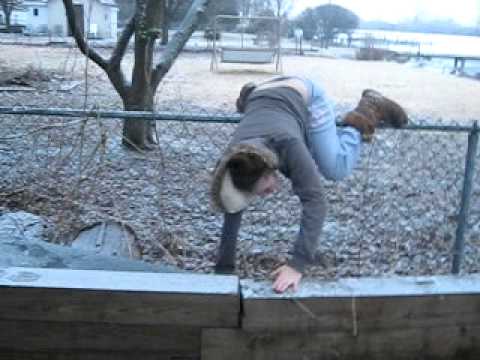 (stock image – not the actual woman!)

Well, at least she turned up! Our Tory candidate is refusing to even attend Sidmouth hustings, preferring to shop in Exmouth and Budleigh! 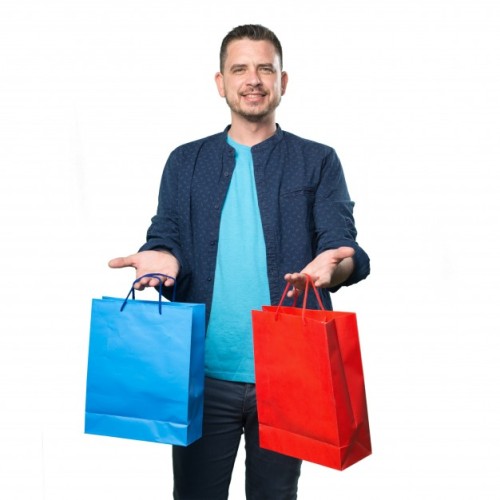 “It is a common dilemma for any hard-bitten politician faced with a hostile crowd: how best to make a sharp exit to avoid embarrassment?

For one 63-year-old Tory councillor confronted with a less than receptive audience during a climate crisis debate the answer was to clamber over some bins and scale a fence.

Nancy Bikson was a last-minute replacement for Conservative prospective MP Maria Caulfield, who was too “busy” to attend climate hustings for candidates in the key marginal seat of Lewes, East Sussex, at a school on Monday evening.

Explaining that she was afforded little time to prepare for the event organised by local groups, including a branch of Extinction Rebellion, Bikson said she would not be sticking around for questions after making a short speech. She attracted groans from the crowd, with one man heckling her before she even began speaking, asking: “Why don’t you go now?”

Bikson said she cared deeply about the environment and that she “did her bit” but concluded, to further groans: “It’s all about us, there is no such thing as government. Government is just people.”

Though she eventually attracted polite applause, Bikson left the stage after other candidates made speeches and the event was opened to questions from the audience.

However, when she left via the fire escape she found herself outside in a dead end as the school gates wwere locked. Rather than trudged back through the packed hall to get out, she pondered her predicament for up to 45 minutes before opting to climb over the fence.

Bikson’s great escape would have stayed secret were it not for a 13-year-old girl who saw the incident unfold at Priory school.

The teenager, who does not wish to be named, said: “I left about an hour early and about half an hour after she [Bikson] left the stage. I came outside and I was about to cycle off and she was behind the gate next to our school canteen which was locked and said: ‘Excuse me, can you help me?’ She sounded quite desperate. I said the only way back out is through the auditorium and that she said she didn’t want to go back through the auditorium because of everyone.

Explaining she felt sorry for the stranded politician, the teenager added: “I went back into the canteen to try and open the door from the inside [allowing her a route of escape] but it was locked. Then I got a caretaker. I said a caretaker is coming but she said: ‘Don’t worry, I’ll just climb over the gate.’ And she got up on the school bins and climbed over the gate. She’d been out there for a while.”

After hearing the tale, the schoolgirl’s mother, who runs a business managing composers, brought the councillor’s ordeal to wider audience, posting on Facebook: “Lewes Tory MP Maria Caulfield failed to show for tonight’s climate hustings. Her last-minute replacement left the hall before the questions, having first explained that she knew nothing about climate or the environment.

“She was spotted by my daughter 45 minutes later still trying to find her way off the premises without having to go back through the hall. She ended up climbing the fence via the bins. Ignominious.”

Biksonapparently admitted her actions later, telling the Evening Standard on Tuesday “It was only because there wasn’t any other way and I didn’t want to disrupt everybody. It was either that or sit outside for a couple of hours.”

But when the Guardian rang to get her version of events she was tight-lipped, replying: “I can neither confirm nor deny, thank you.”

Lewes was previously held by former Liberal Democrat minister Norman Baker for nearly two decades before being won by Brexiter Caufield in 2015. But the Conservatives only have a majority just over 5,000, meaning the constituency, which narrowly voted remain during the EU referendum, is in danger of being won back by the Lib Dems this month.”

OWL DOES HOPE HE WILL BE EMPTY CHAIRED! Maybe replaced with a block of ice! 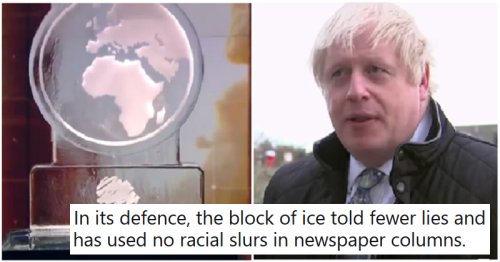 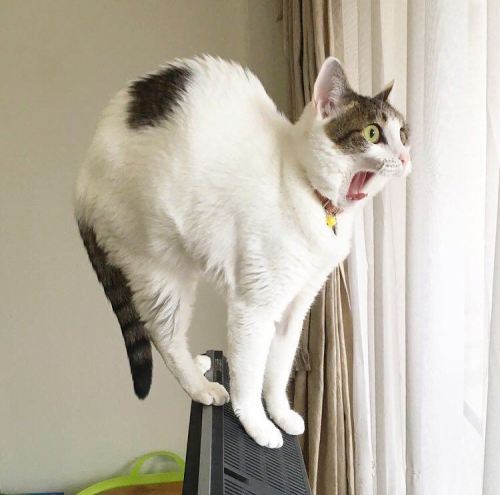 “Mr Jupp’s campaign manager, Dan Hallet had initially responded to the Vision Group’s invitation to all candidates with a firm acceptance on November 15: “Simon will definitely attend the event scheduled for Fri 6 Dec at 1900,” after which a confirmation and an agenda were sent out to all candidates and released to the press and online.

Hustings chairman Peter Murphy said: “We were rather surprised then when we received a further email on November 24 from Mr Hallet.”

According to VGS, Mr Hallet responded: “I have double-booked Simon to attend late night shopping events and canvassing sessions in the constituency. …”

“Conservative election candidate pulls out of Sidmouth hustings” – prefers to shop in Budleigh and Exmouth (honestly!)

IF YOU ARE THINKING OF VOTING FOR JUPP – READ THIS! UNBELIEVABLE!

“The Vision Group for Sidmouth, which is organising the event on Friday (December 6), has confirmed that Mr Jupp will not be taking part in General Election hustings.

According to the group, Mr Jupp is unable to attend due to being double booked.

Mr Jupp said he is attending late night shopping in Sidmouth and Budleigh as well as the Christmas fayre in Exmouth.

The vision group announced last week that the time of the hustings was put back to 7.30pm to ‘complement the late night shopping event and not compete with it’.

The following candidates are scheduled to take part:

Peter Clarke, who is set to chair the hustings taking place at All Saints’ Hall, from 7.30pm, said: “Clearly we are disappointed that for the first time we won’t be fielding all election candidates, but obviously are respectful of Mr Jupp’s decision.”

Mr Jupp, who took part in a hustings event held at Exmouth Community College last week, said: “As a supporter of local business, I have a diary commitment to attend late night shopping events and to meet residents in Sidmouth and Budleigh as well as the Christmas Fayre in Exmouth on Friday.

“I and my team have been campaigning hard across the constituency, including Sidmouth.

“It’s a shame the hustings have been organised for this busy Friday night which is crucial for local businesses. …”

A suggestion to the BBC …