[Broadclyst] “Parish council with £2,500 in reserves for grass seed will not reduce council tax after bid to cap it fails”

“Broadclyst parish councillor Karl Straw saw his motion to reduce the authority’s precept from £233.83 to no more than £160 per Band D household, be rejected by six votes to two.

Parish council chairman Henry Massey said the authority could not vote to ‘arbitrarily’ slash its precept by one-third, as it would immediately see funding dry up for some services.

Cllr Massey said the population of Broadclyst has increased from 1,000 people to 8,000 people in the last ten years, and the parish council provides services other parish authorities do not.

The vote, taken at Victory Hall on October 7, means Broadclyst remains the fourth most expensive non-unitary parish in the country, and the second most expensive precepting parish in Devon.

Cranbrook is the most expensive precepting parish, due to the maintenance bill for its country park.

Cllr Straw said Broadclyst Parish Council’s precept has ballooned by more than 66 per cent in the last five years.

“My motion was to reduce the precept by at least £75 in 2020/21 and to introduce a policy of continued reductions until the parish as charging no more than the average across Devon.”

Broadclyst Parish Council currently has £2,500 reserved for grass seeds for its bowling green.

However, Cllr Massey said nothing has been spent on grass seeds this year, and the figure would only be spent in full in a worst-case scenario.

Cllr Massey said Broadclyst has grown significantly from a ‘relatively small size’ since 2009.

He said: “We have to balance the needs of the people and groups who use the village as well as at the same time ensuring that we are giving good value for money.

“We provide a huge number of services for a parish council and, due to cutbacks in district and county council, have taken on additional services that otherwise would not be provided.”

Cllr Massey said the council welcomes the input made from Cllr Straw and will be carefully examining its budget in the next two months.

Cllr Straw said he is planning to request the council set up a people’s forum, which will invite residents to discuss what precept they would like to see the authority operate with.”

“The government’s ambition to simplify the country’s planning system will be wrecked by ministers’ determination to persist with extending permitted development rights, the RIBA has warned.

Alongside a number of other housing initiatives announced earlier this week, including plans to change energy regulations and introduce a new housebuilding standard, the housing secretary Robert Jenrick said the government would be looking to reform the planning system, “making it faster and more efficient for everyone, from households to large developers”.

The government wants to allow homes to be built above existing properties and is seeking views on demolishing old commercial buildings for new housing, a move it claimed would revitalise high streets in the process.

An accelerated green paper on planning reforms will be published next month, outlining ministers’ thinking.

But the RIBA president Alan Jones pointed to a “huge contradiction” at the heart of the government’s ambitions and said moves to create “a planning system that works for society would be undermined by the proposal to extend permitted development rights”.

Jones said the RIBA said it would continue to urge the government to reconsider its plans, since these “would only lead to more homes that sidestep vital quality and environmental standards and inhibit any plans to incite a ‘green housing revolution’”.

The architects’ trade body has been a vociferous critic of those developers who used permitted development rights to turn redundant office and commercial space into residential properties, many of which do not meet minimum space standards.

It backed a Children’s Commissioner report, published in August, which the RIBA said provided “further evidence of the damaging effect that current regulations have on people, including families with children, who end up living in these poor-quality homes, often through no choice of their own”.

Other organisations have warned that prolific use of permitted development rights to convert offices and warehousing space into homes would create the “slums of the future”.

The Labour Party has committed to scrapping permitted development rights if it gets into government, while the Royal Town Planning Institute believed such rights “put housing affordability and design quality at risk” and undermined the planning system.

At the Conservative Party conference earliest this week housing minister Esther McVey said the government would tweak the permitted development rights’ regime but ruled out rolling it back.”

The curious case of the missing houses

Now, all eyes are on a planning application in Salcombe, for two houses in an exceptionally good location were deleted from plans shown to a “planning workshop” for councillors.

Why? That old chestnut “commercial confidentiallity”.

“A council has been forced to reveal plans for two luxury homes on a beauty spot which were withheld from councillors during a meeting.

South Hams District Council in Devon cited “commercial confidentiality” in keeping the Salcombe plans under wraps, but a watchdog rejected that excuse.

The authority said it “did not want the meeting to be sidetracked”.

Drawings of the homes had formed part of draft plans for the hill-top development off Shadycombe Road in the seaside town.

But a council officer told architects in an email on 11 October last year that “at this point” the scale of the four-bed detached houses should be left out of the plans.

He said the scale “concerns me” and added: “It would be a mistake to present this detail.”

In an email response, the architect sent back revised plans with circles instead of drawings of the houses “without being too prescriptive on their size and design”.

The revised plans were then put before a planning workshop of councillors and local businesses on 17 October.

However, it appealed and the Information Commissioner’s Office (ICO) ordered the authority to divulge the omitted details.

In a statement, the council said it had “sought legal advice” and “we were of the view that we were entitled to withhold them”.

“It was clear to us that the plans as they were, would not be recommended for approval by the council.

“We felt that the size of the properties on the plan were inappropriate.”

The workshop had been arranged to talk to key stakeholders about a masterplan for the whole area and we did not want the meeting to be side-tracked by a proposal which we were sure would never come forward in its current state.”

It added it now “fully respects” the demand to release the full plans.”

Above: plans presented to workshop

Didi Alayli, chair of the society, said she hoped the ICO ruling “will lead to real change” in how council planners deal with draft plans.

“The huge profits to be made by landowners and developers in our beautiful area make it all the more important that our planning system is fit for purpose and we are not there yet,” she said.

It is understood landowner Jason Smith, who has not yet responded to a BBC request for comment, has not taken the proposals forward.”

A useful guide from the South Hams Society on what developers and officers can co-operate on before a planning application goes in and what rights residents have to know what they are doung.

” …You are entitled to ask the district council:

If you suspect that discussion is being held on a proposal for development that hasn’t yet been published as a planning application, you are perfectly entitled to ask the district council, as the planning authority, what it knows about it.

The Environmental Information Regulations of 2004 require public bodies, if asked, to release to the requester, within 20 working days, any information they have on proposals for the land.

There are certain defined circumstances in which they can withhold it but they wouldn’t often apply in the cases in which the ordinary resident would be interested.

The rules cover pre-application discussions and any other less formal enquiries. Your request needn’t be in writing, it can be oral, for instance, by asking a councillor, in or out of a meeting, and the rules would equally apply to a town or parish council as well as to a district council.

Any blanket response such as ‘Pre-Application discussions are confidential’ is misconceived and should be challenged.

Your enquiry can be submitted online through the council’s Freedom of Information portal, citing the Environmental Information Regulations.

Requests are perhaps best framed in relation to an area or place and a time period, without any reference to the parties you think might be involved. For instance “Could I please be informed of any proposal of which the council has become aware in the last year, in the form of a pre-application request or otherwise, for development in the field of which the centre is at SX66805021? Please include the record of any advice the council may have given.”

Make sure your request is acknowledged, and follow it up if you haven’t had a reply within 20 working days.

[A model letter example from South Hams can be found here]:
https://southhamssociety.org/wp-content/uploads/2019/09/SHS-ICO-pre-application-ruling-Councillors-letter-230919.pdf 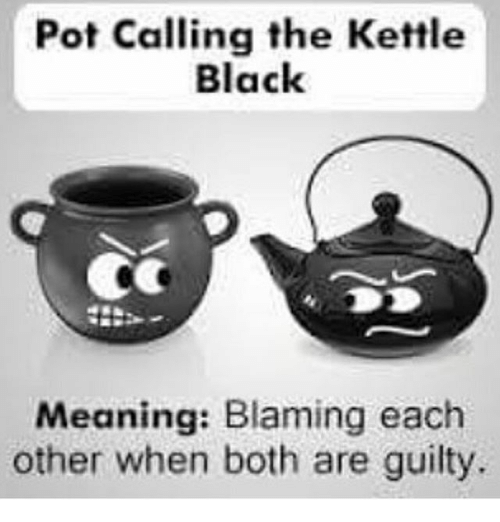 “… Despite remaining the largest single group on EDDC the Conservatives respect that electors wanted change based on a manifesto of Openness and Transparency repeatedly promised by the new administration comprised of some of those elected as Independent Councillors, but that promised change has stalled already.

He added “Little has changed since the election in May where the new administration says that their first priority has been to provide continuity, which begs the question as to what the previous Conservative administration was doing badly that needed change”.

In the case of Exmouth, Openness and Transparency has been ditched pretty quickly where the new administration did not bother consulting with Exmouth ward members or key stakeholders about their half-baked decision to close down the Exmouth Regeneration Board, replacing it with the Queens Drive Delivery Group.

Plans to hold the meetings of the new group in private have been heavily criticised by other councillors for the lack of Openness and Transparency, as well as the narrow remit of the proposed Group. …”

Exmouth: Secret council meetings – a disagreement about transparency in the ruling group 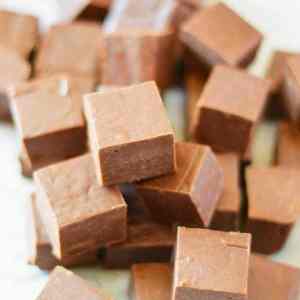 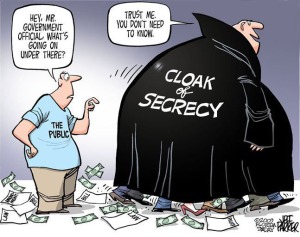 Owl says: Oh, those promises of transparency … so transparently broken!

“… The Group will meet a minimum of four times in a year, in private, to ensure that confidential or commercially sensitive matters can be discussed, but meeting notes will be published through the council’s Cabinet papers. … ”

“This entertaining novel’s message about the deceitful clandestine plot to dismantle the National Health Service should be shouted from the rooftops.

It exposes the self-serving politicians, medics and compliant media behind an evil venture with hard unpalatable truths. The author draws upon his own career’s experience as a family doctor and his bold approach to writing intertwines real world politics with a compelling story line that is intriguing and scary, but often very funny and touching.

THE DECEIT SYNDROME joins forces with plays, songs and films such as The Great NHS Heist that have all been produced to convince the public of what is happening to healthcare without their knowledge or consent. Paul’s non-profit ethos, sending all royalties to support campaigns to save the NHS, should alone encourage everyone who cares about the best thing this country ever did to buy this powerful and persuasive novel. ~ Dr Bob Gill (GP and film maker)

Owl can no longer access the debate shown below on EDDC Tory Councillor Ian Hall’s Facebook page. Has it been removed or has Owl been blocked? What could be the reason for either action? Or is there another reason? Owl isn’t Facebook savvy enough to know. Curious!

Councillor Tom Wright said councillors who would not take the bait on checks (which are not required) were being non-transparent. If it has been removed is it an issue of non-transparency? Hhhmmmm …